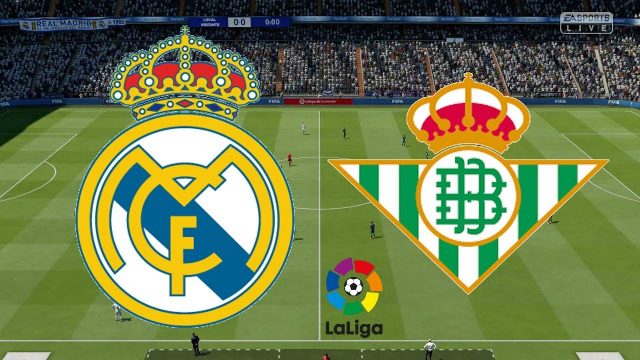 Second-placed Real Madrid will face off with Real Betis over the weekend at the Alfredo Di Stefano Stadium, with both teams looking to engage in a fierce battle.

Madrid were 3-0 winners in their last league game against Cadiz while Betis could only manage a draw with Athletic Bilbao after going a man down.

The reverse fixture between these two back in September saw Madrid earn the bragging rights with a 3-2 win at the Benito Villamarin.

Heading into tomorrow’s encounter, Zinedine Zidane will be hopeful that his side plays as they did in midweek, taking the chances that may fall their way.

Zidane confirmed during his press conference that Toni Kroos is expected to miss the game on Saturday but Luka Modric and Eden Hazard will be called upon. Dani Carvajal should also come into the starting lineup after making his injury return against Cadiz. Sergio Ramos and Ferland Mendy are out as well while Federico Valverde has tested positive for coronavirus.

For Manuel Pellegrini, his only concerns are Victor Camarasa, Nabil Fekir and Dani Martin, who are all ruled out of the encounter through injuries.

We tip Real Madrid to secure a slip margin victory over the Basque club due to the attention they will give to their UEFA Champions League semi-final game.