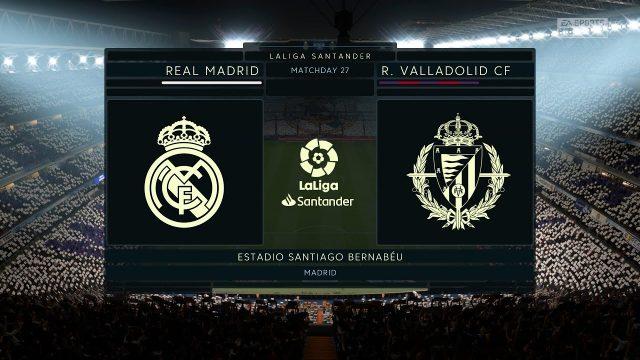 Real Madrid will be taking their turn for their first home game of the season when they host Real Valladolid at the Alfredo di Stefano Stadium on Wednesday.

Los Blancos have taken four points from their opening two games in the 2020/21 La Liga campaign, and will be hopeful of keeping their unbeaten start to this term.

Goals from Federico Valverde, an own goal and a Sergio Ramos penalty ensured that Zinedine Zidane’s side took all three points against Real Betis the last time out.

Valladolid have not had a good start to the Spanish top-flight this season as they are winless in their open three fixtures, drawing two and losing one.

Sergio’s side 13th last season in the league but with the kind of displays so far this term, they are likely to find themselves in an unwanted position, though we are still in the early days.

In the last five games between the two, Madrid have won three times while Valladolid are yet to win any in that period (D2).

Marco Asensio and Eden Hazard have trained once again with the group and could be involved on Wednesday but the latter could still miss out with the manager not prepared to risk him in the early part of the season.

Eder Militao was once again not involved for the game against Betis and still a minor doubt for this club while Mariano Diaz and Marcelo are also set to miss out.

For Valladolid, Javi Moyano and Joaquin Fernandez are not expected to be back until at least the middle of next month while Ruben Alcaraz and Kiko Olivas are also doubts for the game.

“Hazard is sad, this injury is a little setback” – Thibaut Courtois