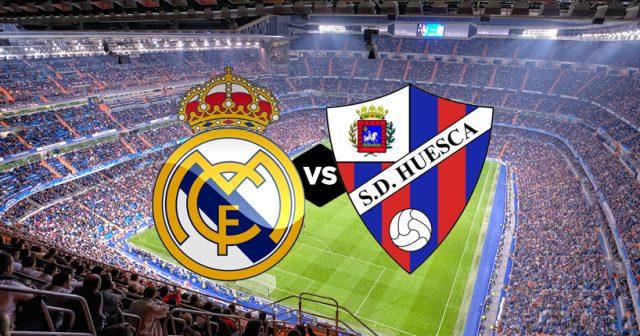 Real Madrid will resume La Liga action over the weekend when they welcome Huesca to the Alfredo Di Stefano Stadium on Saturday.

After a bright start to the 2020/21 La Liga campaign, the defending champions have been a bit shaky in their last two games in the competition.

The 34 times Spanish champions recorded their first two defeats of the season in quick succession, both coming at home against Cadiz in the league before losing to Shakhtar Donetsk in the UEFA Champions League.

However, their last game in the league saw them overcome all odds to beat fierce rivals Barcelona away from home by three goals to one.

Huesca on the other hand are yet to record a win in the league this season after seven games played. They have amassed five points so far and have lost two games leaving them on the 18th position.

The game against Madrid will not be an easy one for Huesca either but they will be hoping they can follow the path of Cadiz and cause an upset for Zinedine Zidane’s men.

Injuries continue to be a major problem for Zidane. The manager is unlikely to have Dani Carvajal, Alvaro Odriozola, Martin Odegaard, Mariano Diaz and Nacho Fernandez back for the game against Huesca.

Marco Asensio also suffered a knock in the 2-2 draw with Mönchengladbach but the gaffer has calmed the tension around the problem, meaning the winger could be available on Saturday.

Eden Hazard is also in line for his first start of the this season’s La liga campaign, after his impressive cameo appearance on Tuesday in the Champions League.

For Michel, he has little concerns over his squad ahead of the encounter with Madrid. Goalkeeper Antonio Valera has been out since June with a shoulder injury is expected to return early next year. Right-back Pedro Lopez is also not fit for the game.

Midfielder Mikel Rico will also miss the game against Los Blancos after testing positive to coronavirus two weeks ago. He expected to complete his self isolation over the weekend.