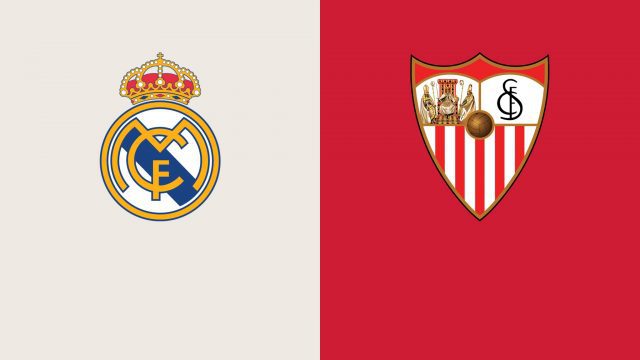 Real Madrid after being eliminated from the UEFA Champions League in midweek will now look to channel their efforts towards retaining the league title.

Madrid host Sevilla on Sunday knowing that a win could help them close the gap on the first-placed team depending on the results of the Barcelona – Atletico game.

Madrid currently occupies the second position on the league table, two points behind Diego Simeone’s men while Sevilla are fourth on the log with four games to go.

They might have lost in midweek, but Real are unbeaten in the Spanish top-flight since they suffered a defeat at the end of January. The Los Blancos defeated Osasuna by two goals to nil in their last league game.

Julen Lopetegui’s side have done a massive job to get themselves back in the fight for the league title following their good run of form between March and April. However, they were beaten by Athletic Bilbao last weekend courtesy of a goal by Inaki Williams.

Sevilla have suffered against Madrid in recent times and it is no surprise their last away win over Zinedine Zidane’s men came in 2008. They also lost to Madrid in the reverse fixture early this season.

Sergio Ramos after the game against Chelsea suffered yet another injury and will be unavailable to face his former club. He joins Dani Carvajal, Raphael Varane, and Lucas Vazquez on the sidelines. That means Madrid have now recorded 60 injuries all season.

For Sevilla, Lopetegui has everyone back from injury and no one will miss the game through suspension except for himself. The manager will not be on the sidelines when his side takes on Madrid.

Despite being disappointing against Chelsea, Madrid have played the big games in La Liga so well and there is no doubt their experience will count once again against Sevilla.