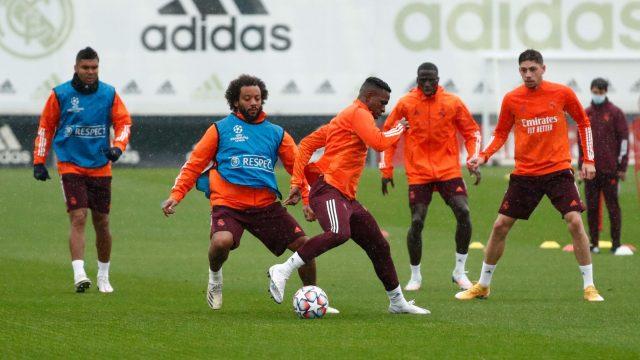 Real Madrid are set to begin their 2020/21 Champions League campaign on Wednesday when they welcome Shakhtar Donetsk to the Alfredo Di Stefano Stadium.

The Spanish giants will be hoping for a redemption rather a repeat of what happened over the weekend when they fell flat to 1-0 defeat in the hands of Cadiz.

The game against the new-promoted side saw the Los Blancos suffer their first defeat of the current campaign after five games played while they also saw their unbeaten record at the Alfredo Di Stefano Stadium breached.

Against Shakhtar, Madrid will be playing of the few trams that had been consistent in the competition for the last few seasons and have gained massive experience.

Zinedine Zidane’s side are yet to record a defeat in their last eight meetings against Ukrainian oppositions since 1999, while they have also won all of their last two meetings with the Miners in the Champions League.

Slipping up in the first game isn’t ideal for the Frenchman’s team who also have Inter Milan and Borussia Mönchengladbach in their group.

Having rotated his side over the weekend, Zidane is expected to go all out with his strongest side but will also bear in mind of the upcoming game in the league against Barcelona.

Eden Hazard, Alvaro Odriozola, Dani Carvajal and Martin Odegaard are all ruled for this game through injuries, as well Mariano Diaz.

For Shakhtar Junior Moraes and Mykola Matviyenko who both tested positive for coronavirus are through with their self-isolation but their availability is still unknown.

Ismaily, Maksym Malyshev and Serhii Kryvtsov are also set to miss out through injuries.