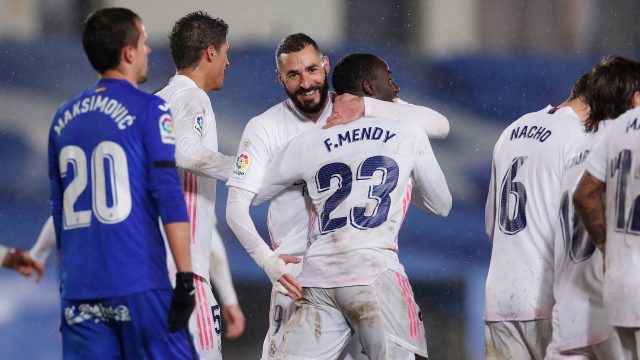 Real Madrid will welcome Valencia to the Alfredo di Stefano Stadium on Sunday as they play match-day 23 of the Spanish La Liga season.

Valencia will travel with the aim of replicating the reverse fixture results at the Mestalla Stadium in the first half of the season, beating Zinedine Zidane’s side by four goals to one.

The Los Blancos are five points behind league leaders Atlético Madrid despite playing more games than them while they are also three points above Barcelona in third.

Valencia in the 12th position are 26 points below Madrid and a win on Sunday could propel them to end the season quite well.

Sergio Ramos, Alvaro Odriozola, Marcelo, Eder Militao, Federico Valverde, Marvin Park, Rodrygo Goes and Eden Hazard are all ruled out for the game while Lucas Vazquez and Dani Carvajal are in line for a call up into the squad after training this week. Toni Kroos will also return from suspension.

For Valencia, they are set to be without Mouctar Diakhaby, Eliaquim Mangala, Jasper Cillessen and the suspended Hugo Guillamón.

While Madrid’s attack is looking lively in their last two games, Courtois has been the notable mention in the squad since the start of the season. He will be expected to turn up once again on the day for Los Blancos