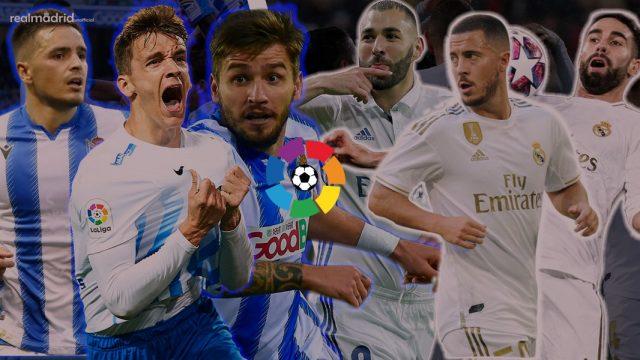 Real Sociedad will looking to record their first win in three games since La Liga returned when they welcome Real Madrid to the Reale Arena.

The fixture is of great significance to both side with the home side hoping to continue their fight for a top four finish while the visitors need three points to move to the top of the league table.

Ahead of the crucial encounter, we take a look at some exciting contest that could be seen in the game. 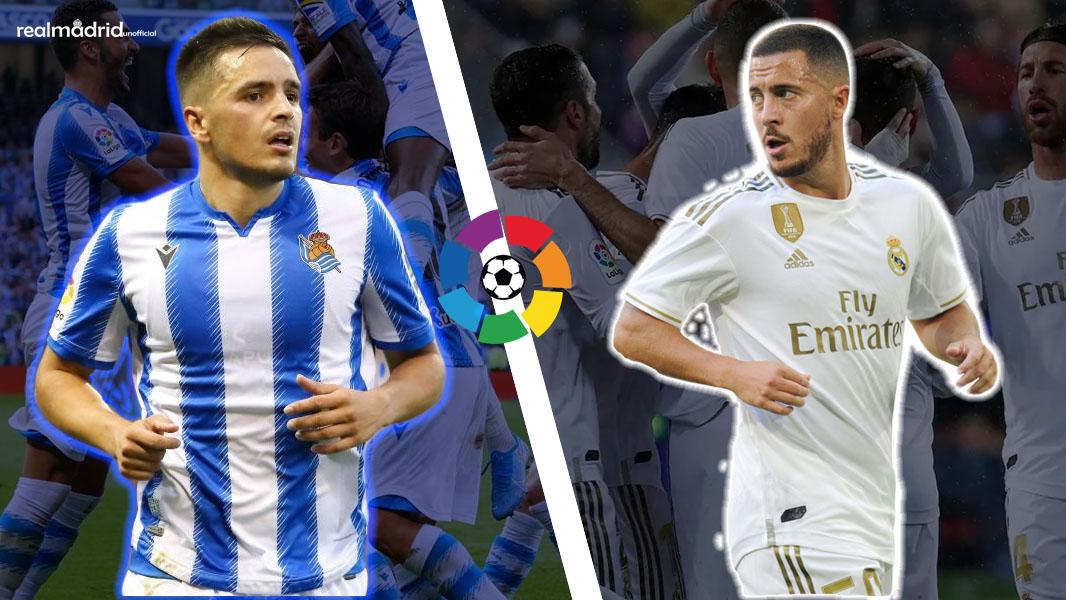 If there is anything for Madrid fans to cheer about, it would probably be how fast Eden Hazard is gradually growing into the game since the league resumed.

With his two assists in two games, the winger stands to be a big challenge for Andoni Gorosabel who is likely to step in for Joseba Zaldua was shown the exit in the defeat to Alaves.

The 23-year-old has started only four La Liga games and it would interesting to see how he faces off against the Belgian. 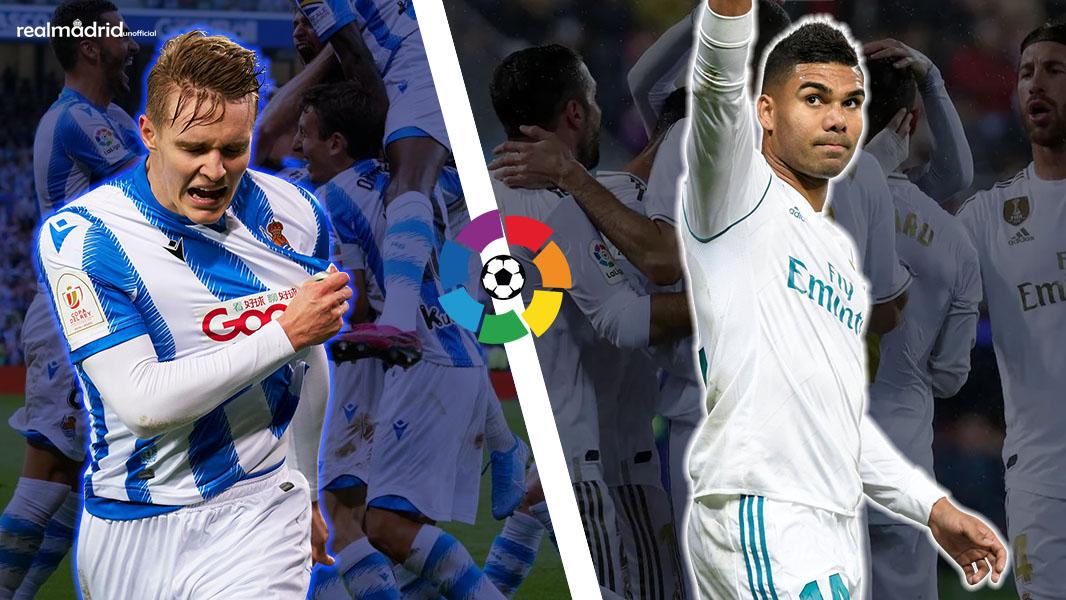 Martin Odegaard should be available to play against his parent club, with reports suggesting La Real are sweating on his fitness.

You definitely will want your best players to play against Madrid and Sociedad are hoping for that. He hasn’t been the gem he was seen prior to the break but against a club he yearns for, he could turn up.

Casemiro is another of the solid foundation for Zinedine Zidane and his ability to shield every time has been a plus to the team. It should be a mouthwatering battle to expect in the middle. 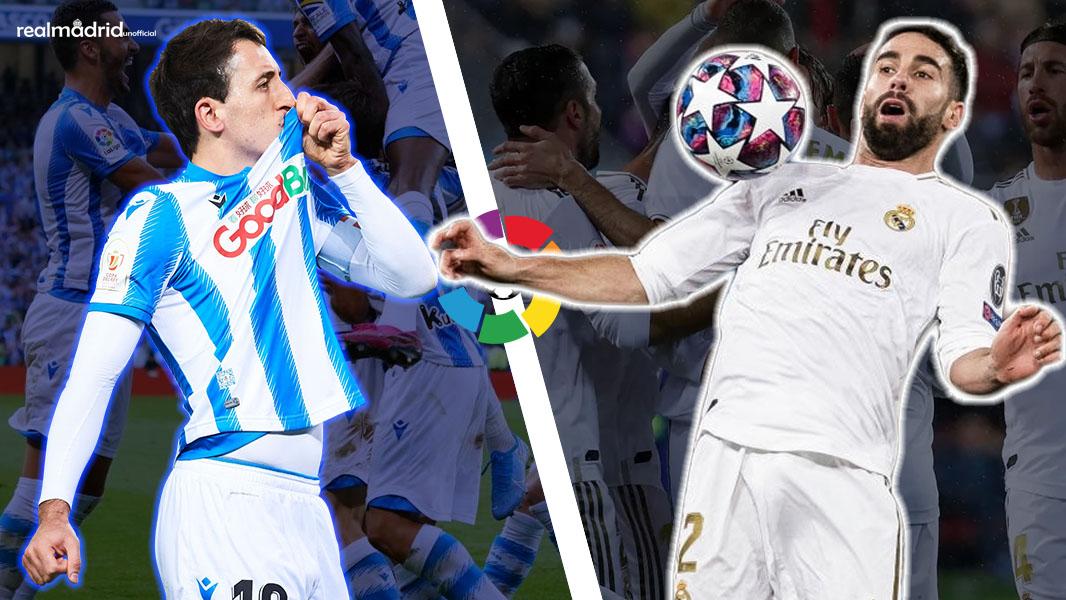 One of Spain’s underrated youngsters, Mikel Oyarzabal is capable of pulling the strings from the left side of attack for Sociedad.

Up against Dani Carvajal who has been very sharp since the league resumed, the player could be having a tough one on Sunday.

Oyarzabal scored in the Basque club’s draw against Osasuna and Carvajal will have to be watchful of his threats down the flank. 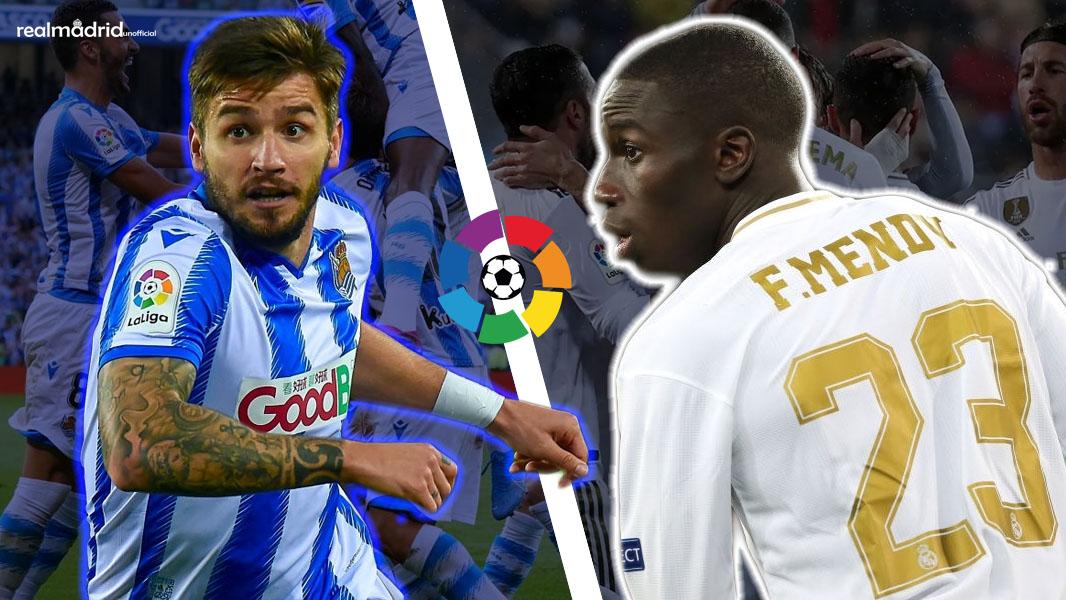 With seven goals and eight assists in 20 league starts for Sociedad, Portu is a big headache for Madrid going into the game. He started from the bench in the last game but should be given the nod against Los Blancos.

Interestingly, he would be up against Ferland Mendy who has seen no defeats in his starts for Madrid in the league. In the 13 La Liga games he has started, Madrid have only conceded four goals while keeping 10 clean sheets.

He should be ready for any challenge that will be thrown at him on Sunday night. 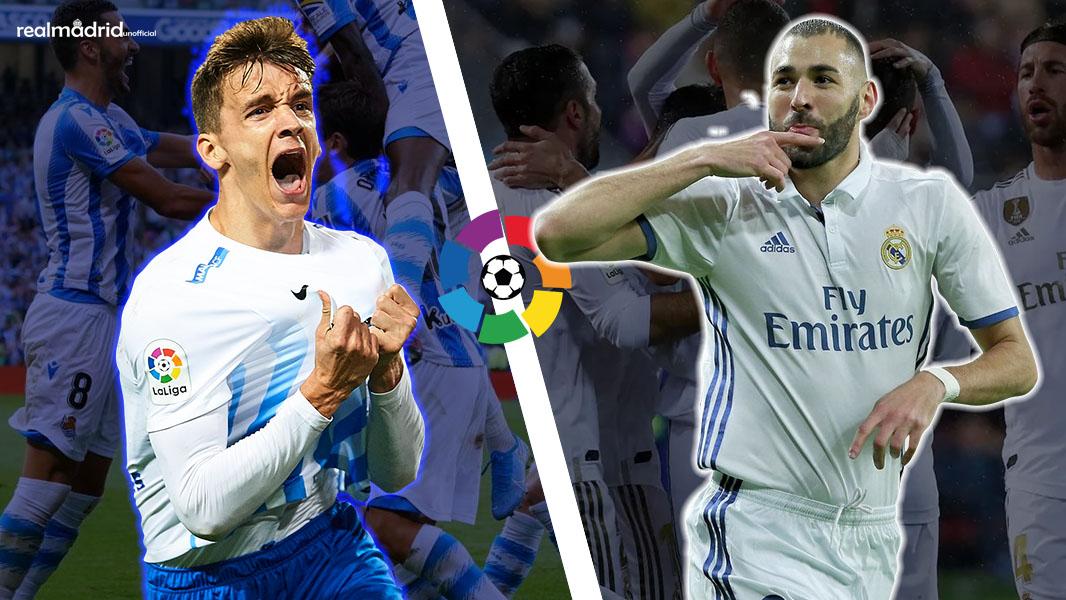 Karim Benzema has found his scoring boots in a perfect time of the season after hitting two goals against Valencia in Madrid’s latest victory. He may not be too much of a goalscoring No.9 but his link up between the midfielder and the forward is just a beauty to watch.

Diego Llorente on the other hand may not be the Sergio Ramos and the Gerrard Pique type, but he adds a bit of quality to the backline of Sociedad and this contest with Benzema should be a tough one for him.

He averages 1.0 tackles per game which is below that of the top five defenders in the top-flight and he would have to be alert with the Frenchman in red-hot form at the back of his impact against Los Che.