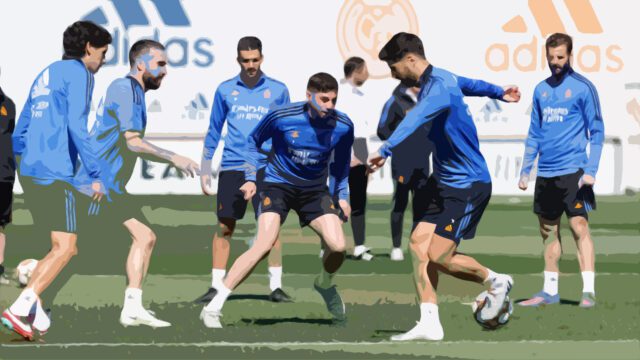 Real Madrid will come up against Manchester City in the semifinal of the 2021/22 UEFA Champions League as they chase a 14th European Cup.

The pair are meeting up for the first time since City’s 4-2 aggregate two years ago in the quarterfinal of the competition, boasting a 2-1 scoreline in each of the two games.

There’s a lot to play for in both encounters but the first of them has to be that game at the Etihad Stadium on Tuesday, April 26.

The encounter maybe Real Madrid’s best chance of reclaiming their Champions League title but they have a lot to do to ensure they do not repeat the mistakes they made that led to the Premier League side eliminating them two seasons ago.

In their last meeting, then manager, Zinedine Zidan head to force some players, who were unfit into the team as fears surrounded the likes of Eder Militao, Federico Valverde were not ‘good enough to start the game. This took a toll on the Los Blancos with City bossing the game in both encounters at the Alfredo di Stefano stadium and at the Etihad Stadium in the return leg.

Though Casemiro has been added to the travelling squad for Tuesday’s game, the Brazilian international’s chances of playing are slim and hence cannot be risked.

Real Madrid may be in the form of their life following their defeat to Barcelona but Ancellotti and his side will need to take this fixture with all seriousness and play as if their lives depended on it.

With Man City’s desire to have majority of the ball and cause problems, Real Madrid do not need to rush into tackles, leaving spaces in-behind. The midfield game will need to be played at the highest level and that will mean getting the best out of Luka Modric and Toni Kroos while Federico Valverde could also come into the frame.