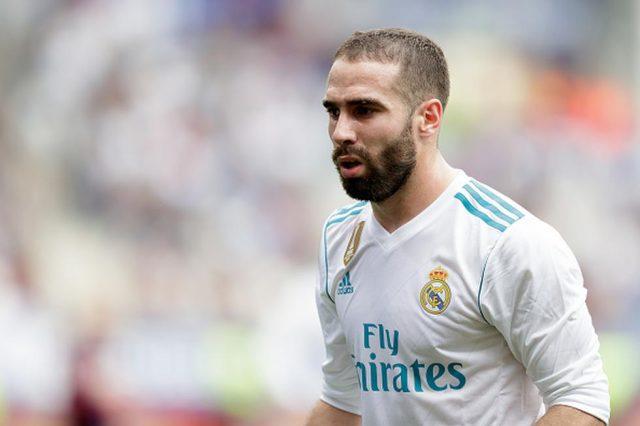 According reports from Spanish outlet MARCA, Real Madrid and Dani Carvajal are close to finalising the player’s contract at the club.

Carvajal is expected to put pen to paper on a new long term contract at the club which is expected to come to an end at the end of the 2023/24 season.

The publication claims that the Spain international has been in negotiations with the club for quite a number of weeks now and are now close to reaching agreement over a new deal.

His current deal at the Santiago Bernabeu is expected to end in 2022 but the new deal could see him play the next four years at the until he is 32-years-old.

Carvajal has become a regular first team member at the club since making a return back to the Spanish capital from Bayer Leverkusen in 2013.

During that time, he’s had to battle with players such as Alvaro Arbeloa, Danilo, Achraf Hakimi and Alvaro Odriozola for the starting spot in the team for the right-back position. Unsurprisingly all these players have been unable to command a starting berth ahead of the Caternano.

Carvajal has always been regarded as one the leaders in the Madrid dressing room, an attribute which dates back to his time time with the Castilla side before moving to Germany.

His imminent contract extension could see him continue at the club and eventually move in as one of the four captains of the team once Sergio Ramos, Karim Benzema, and Marcelo begin their transitions out of the club.

Despite his great time with Borussia Dortmund, Hakimi couldn’t convince Zinedine Zidane enough with the Frenchman deciding to hand his vote of confidence to Carvajal to be the club’s first-choice right-back – allowing the Morocco international to join Inter Milan in a permanent deal this summer.