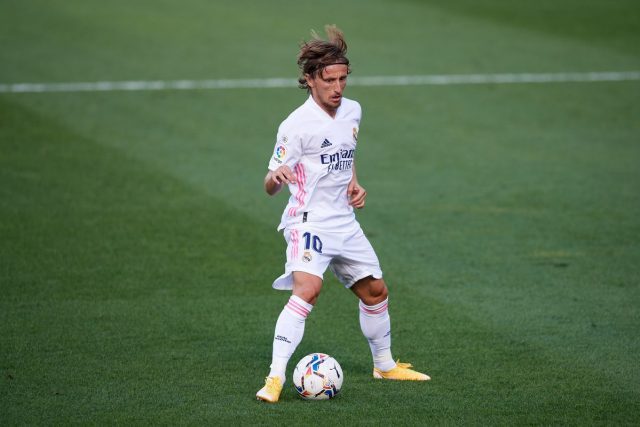 Real Madrid are edging closer to tying midfield maestro Luka Modric to a new contract extension at the club, according to transfer guru Fabrizio Romano.

The club and the midfielder have been in discussions over the possibility of getting the latter to continue at the Santiago Bernabeu for at least a year.

Modric’s contract with Madrid is expected to expire in the summer but the club are keen to see the player play for another season in Spain. The 35-year-old continues to age like a fine wine, proving to be one of the best around the middle of the club this season.

Back in December, Spanish paper Marca reported that an agreement had been reached between Madrid and the Croatia international to see him play at the club until the end of the 2021/22 season. Although no official confirmation has been made, the deal is said to be completed.

Recently after the 4-1 win over Deportivo Alaves Madrid director Emilio Butragueno confirmed that he sees the midfielder playing at Madrid for the foreseeable future.

“There are players like Modric who make this sport better,” Butragueno said. “His pass to [Ferland] Mendy in the first half was a fine thing. It’s a luxury for us to have him.

“He’s given us so much; he’s still giving us so much and he’ll continue to do so.”

And now Fabrizio Romano has claimed the last details which were delaying the extension has been ‘sorted’ with Modric expected to sign his new contract soon.

The agreement for the renewal of the contract Luka Modric is ‘imminent’, last details have been sorted out with Real Madrid and soon it’ll be time to sign. Modric is staying. ⚪️🇭🇷 #Real

The former Tottenham Hotspur midfielder has four goals and two appearances for the club this season and it is no surprise that Zinedine Zidane has counted on his services for the majority of the 2020/21 campaign so far.