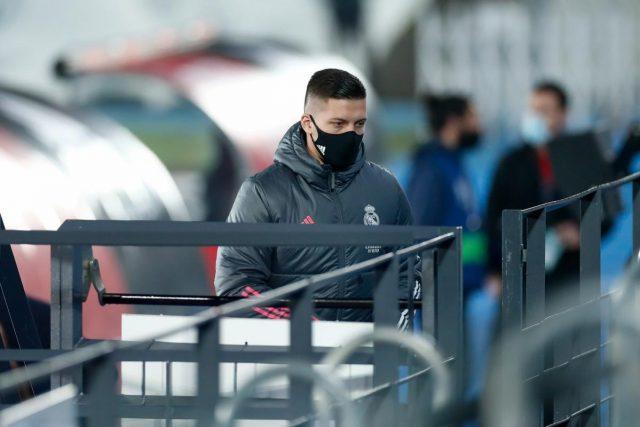 Per reports from Spanish paper MARCA and Goal Espana, a return to Germany is on the cards for Real Madrid forward Luka Jovic this transfer window.

The Serbia international is expected to join his former side Eintracht Frankfurt in a bid to help him rediscover his best form once again.

Jovic has struggled without any doubt since making the making the move to join Real Madrid two summers ago after a brilliant season in Germany.

Last week, there reports the player had been by manager Zinedine Zidane to start his search for a new club, allowing to negotiate with other clubs for a possible loan spell.

Wolverhampton Wanderers and AC Milan were also rumoured to be interested in the 23-year-old but its the Bundesliga side who look to have won the race to land the signature of Luka Jovic.

Madrid are only considering a loan stint at the moment with a likely decision expected to be made at the end of the campaign. Zidane is keen to see the player get enough minutes which looks unlikely at Madrid.

The 2020/21 campaign has seen the player start just three games across all competitions, racking up 208 minutes with Karim Benzema preferred over him despite the heavy fee splashed for his signing from Frankfurt.

The loan move could also help the Madrid club recoup close to the €60 million they paid for him over a year ago should they decide to cash in on him in the summer.

His departure will also mean that, Mariano Diaz becomes the only available back up to Benzema in the first team while Zidane could also fall on Hugo Duro should he decide need options elsewhere.