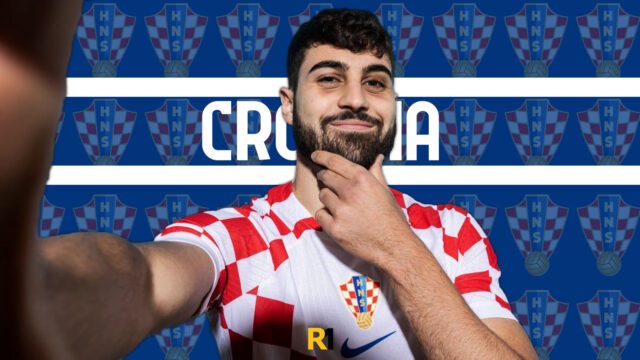 Croatia defender Josko Gvardiol has reportedly attracted the attention of Real Madrid who are not shying away from the player.

Madrid is said to be keeping taps on the central defender who has been one of Croatia’s top performers at the 2022 FIFA World Cup so far.

Gvardiol is rated as one of the best young defenders in the world at the moment and has already been linked to several clubs including Premier League giants Chelsea.

The RB Leipzig man has started all of Croatia’s games at the World Cup so far as the team continues they ride to the quarterfinals in Qatar.

In his four games so far, Gvardiol has contributed to two clean sheets while he has only conceded two goals.

At the World Cup, the 20-year-old has the most passes completed per game in the Croatian team (70.2) while also leading the way for interceptions per game.

Josko Gvardiol despite being only 20 has the tendency to become one of the best ball-playing centre-backs in Europe as he loves to carry the ball.

His physique also gives him a clear advantage over his opponents which has been evident as he has managed 6.2 clearances per game at the World Cup.

It’s unknown whether Madrid will make the step to sign the player during the summer transfer window but an interest has already been reported.

The player earlier this month revealed he does not need Luka Modric to “tell him about Real Madrid” as he knows the magnitude of the club.

Mohammed Kudus to Real Madrid? Is he worth a try?