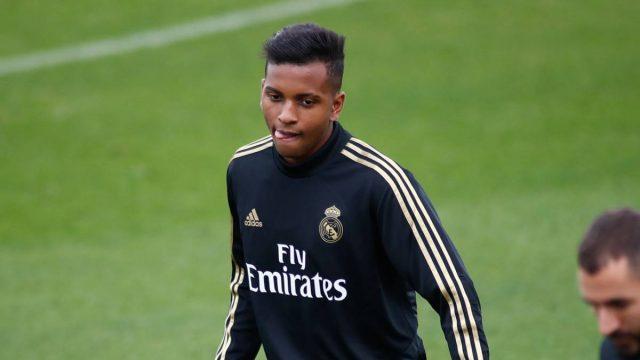 Rodrygo Goes arrived at the Santiago Bernabeu during last summer despite Real Madrid finalising his deal months prior to his arrival.

A player full of potential and huge expectations, Rodrygo has not had that time to make the needed impact in the team and though he is fully to be blamed, he may have some part of the reason to himself.

The Brazil youth international is capable of playing across all the front three positions and can sometimes also pop up as a supporting striker.

However, at Madrid issues have been raised concerning where exactly the forward can be deployed to get the best out of talent before he even goes on to enjoy his prime.

When Rodrygo arrived, the initial plan was to get him to played with the Castilla side before finally settling into life with the senior team.

And after starring a couple of times for Raul’s team, the Brazilian was pushed into Zinedine Zidane’s guidance, where he featured 19 times in the league.

Though a versatile player, the 19-year-old is more comfortable playing out from the left side of attack as that allows him to cut in and shoot or deliver crosses into the opposition half.

In the case with the first team, Zidane has quite a number of left wingers to attend to every matchday. The likes of Eden Hazard and Vinicius Junior have all been long-standing favourites for that position which means Rodrygo has only got to settle for a the right flank.

He has not fared badly in that role but he has been limited on quite a number occasions and especially coming against players who play more physical.

It would be worth considering playing Rodrygo as a left-winger, where he has already showed glimpses of his impact, compared to that of his country man.