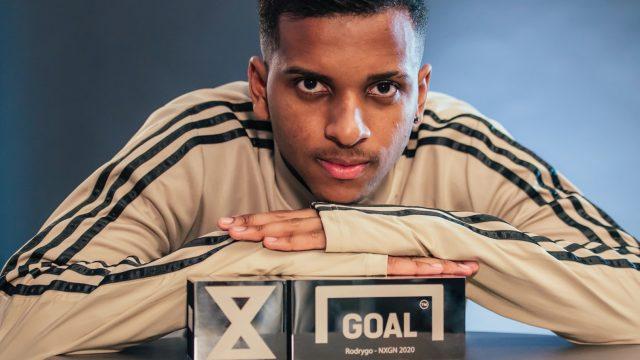 Real Madrid youngster Rodrygo Silva de Goes has been named the winner for NxGn 2020, an award organized by Goal, with votes by journalists from the website.

Jadon Sancho, Justin Kluivert and Gianlugui Donnarumma are the previous winners of the NxGn award which is handed to starlets deemed to become next stars in the sport.

“There is no point in winning the award, but not following up on the field,” Rodrygo said to Goal after receiving the award. “I think this award motivates me a lot, gives me a lot of confidence. I hope that happens, that I continue this current season very well.”

Rodrygo made 18 appearances for Zinedine Zidane’s side before the season came to a halt. His playing time saw him notch seven goals, providing two assists in 11 starts, but he has found chances coming little his way in the last few months before the suspension of football in Spain.

The Brazil international will hope this award pushes Zidane to have trust in him once the season resumes and when we are back to enjoying football once again.