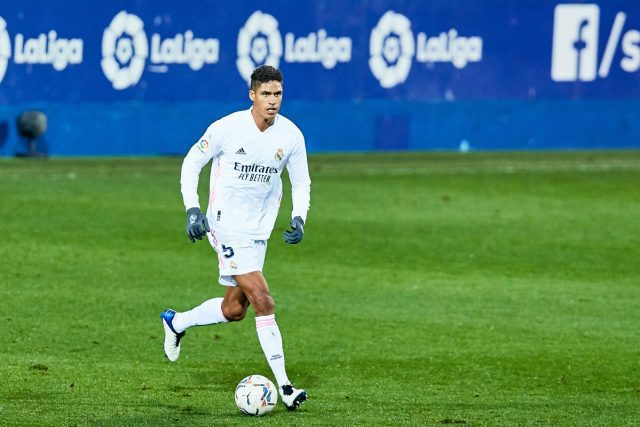 Real Madrid defender Raphael Varane is reportedly considering a transfer away from the Santiago Bernabeu in the next summer transfer window.

The France international is said to be interested in ending his time at the Spanish capital according to reportage from Sport.

Varane apparently wants a new challenge away from Spain is exploiting options where he could make a transfer to in the summer.

Since joining Madrid in 2011 at the age of 17, Varane has gone on to make 353 appearances and won 18 trophies for the club during his stay in the capital.

However, he feels he has gotten to the end of his career with the Los Blancos and needs to find a new challenge for himself, opening a new chapter away from the Bernabeu.

Raphael Varane has a contract with Madrid until at least at the end of the 2021/22 campaign, and the club could consider cashing in on him rather than losing him on a free transfer in two years’ time. He is free to negotiate a pre-contract with another club next January should he fail to extend his deal with the club.

Though there has been nothing concrete yet from such reports, Varane leaving could make the squad vulnerable in the defensive department with no progress found with Sergio Ramos contractual talks.

The club’s captain is out of contract at the end of this season and he is yet to reach an agreement with Madrid over his contract extension.

Considering the pair of Varane and Ramos has been the foundation of the team for many years now, losing both players could be a huge blow for manager Zinedine Zidane.