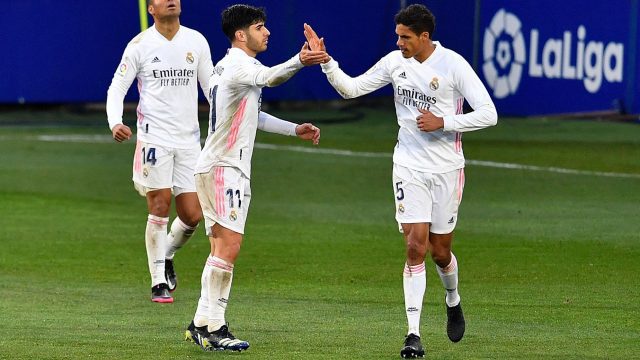 Real Madrid bounced back from their defeat to Levante last weekend with a hard-fought win over bottom-placed SC Huesca on Saturday.

Madrid, who were playing in the Saturday early kick-off for the second time in a row was looking to recover from the loss to Levante at the Alfredo Di Stefano Stadium.

The first half saw Madrid dominate the game in both possession and chances creation but were unable to break the deadlock as they went into the break with no goal.

The second half was quite a different game altogether as SD Huesca took the lead through the winger. Javi Galan scored three minutes into the second period of the game.

With the attackers of Los Blancos failing to show up, it was central defender Raphael Varane who turned up to get his side levelled seven minutes after going behind.

An injury to Alvaro Odriozola saw manager Zinedine Zidane introduced Marcelo into the game while Mariano Diaz was also brought on at the expense of Vinicius Jr.

With six minutes to go until the end of the game, Varane turned the hero once again for his side, netting his second in the 2020/21 Spanish league campaign.

The results leave Madrid seven points behind league leaders Atlético Madrid, who have played two games less and three points above Barcelona who are also yet to play.