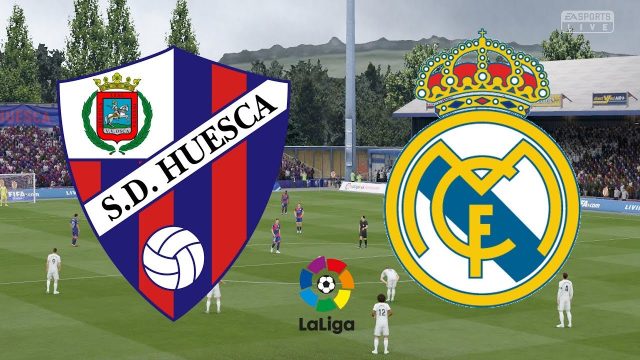 Real Madrid’s inconsistent performances in the last few weeks have raised concerns over the objectives of the club for the rest of the 2020/21 campaign.

However, Saturday will be another opportunity for the current league champions to turn things around when they face SD Huesca away from home.

SD Huesca are at the moment bottom-rocked on the league table of the Spanish top-flight division, having taken just 16 points from 21 games so far while Madrid finds themselves in third position, 10 points behind Atletico Madrid who lead the summit.

Pacheta’s side has won just one of their last five games at home, losing two and the other two endings in a draw. Los Blancos on the other side has a very good record away from home and are unbeaten in their last five.

Sandro Ramirez, Juan Carlos, and Pablo Insua are battling with injuries for some time now and are unavailable for this fixture. The manager is also struggling with the fitness of Pedro Mosquera, Andres Fernandez, and Eugeni Valderrama.

Zinedine Zidane could welcome into the team Sergio Ramos and Nacho Fernandez as well as Lucas Vazquez but Dani Carvajal and Rodrygo Goes are out alongside Eden Hazard. Eder Militao is also suspended.