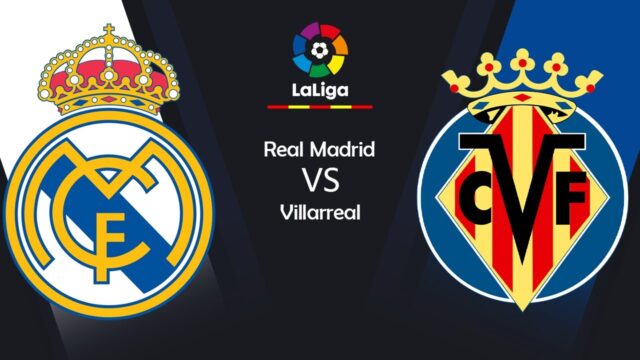 Real Madrid will have all to play for in the final day of the 2020/21 Spanish La Liga campaign when they host Villarreal at the Alfredo Di Stefano Stadium over the weekend.

With two points behind league leaders Atletico Madrid, Real will need their city rivals to either draw or lose in their last game while winning their game against the Yellow Submarines.

Diego Simeone’s men come up against Real Valladolid in their last league game with the latter hoping that a win could help them survive the relegation zone.

Madrid were unlucky not to go top of the table before match-day 37, with internal sources pointing hands at the game against Sevilla as the difference-maker.

But for a late goal from Luis Suarez against Osasuna, Zinedine Zidane’s would have been in the first position on a head-to-head basis ahead of the final showdown.

In the reverse fixture between Madrid and Villarreal, Mariano Diaz‘s second-minute opener was canceled out by a Gerard Moreno penalty in the second half of the game to end the 1-1.

Though they may have a slim chance of retaining their league title, Madrid are still hopeful that Valladolid can pull a surprise over Atletico to hand them the title.

Sergio Ramos and Raphael Varane have returned in time for the last game of the season but Eden Hazard misses out on the match-day squad due to fatigue. Toni Kroos, Dani Carvajal, Lucas Vazquez and Ferland Mendy are all ruled out of the game as well.

For Unai Emery, Vicente Iborra, Samuel Chukwueze and Juan Foyth are also certain to miss out on the encounter. Aside from that, everyone is available at the manager’s disposal.

Despite the injury crisis, Madrid are still the favourites for the game due to their performance against the top 10 clubs on the league table.