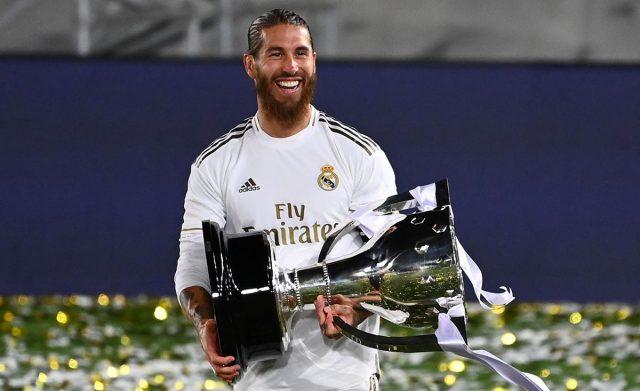 Real Madrid defender Sergio Ramos has lauded Zinedine Zidane after he guided them to yet another La Liga trophy on Thursday, adding that everything he “touches turns into gold”.

Madrid needed just a win to see them become champions in the Spanish top-flight heading into the match against Villarreal on Thursday night. Karim Benzema finished off neatly from a ball played into his path by Luka Modric in the 30th minute to give the home side the lead at the Alfredo Di Stefano Stadium.

It was a brace for the Frenchman after the Madrid skipper won a penalty in the second half of the game, which he first laid on to Benzema before the referee demanded a retake.

Vicente Iborra pulled one back for Villarreal but their efforts were too little to salvage at least a point as they lost 1-2. 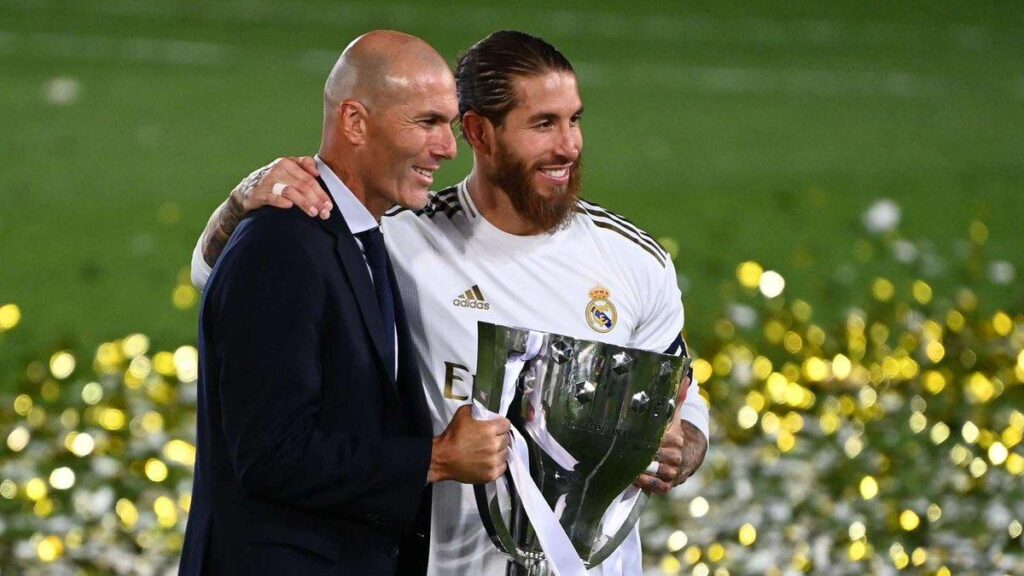 The Spaniard had nothing but praise for his manager during his interview with La Liga TV, as he is hoping that Zidane will be at the help of affairs for many years to come.

“Everything Zidane touches turns into gold,” said the Madrid defender. “We believe in him and in his work. He’s the one who has to make the difference, he’s a person who trusts players, and few do. We hope he stays here for a very long time, he is unique.”

Madrid since the resumption of the league have seen most of the VAR decisions go their way but Ramos has dismissed such claims, adding that Madrid deserved the success chalked this term. 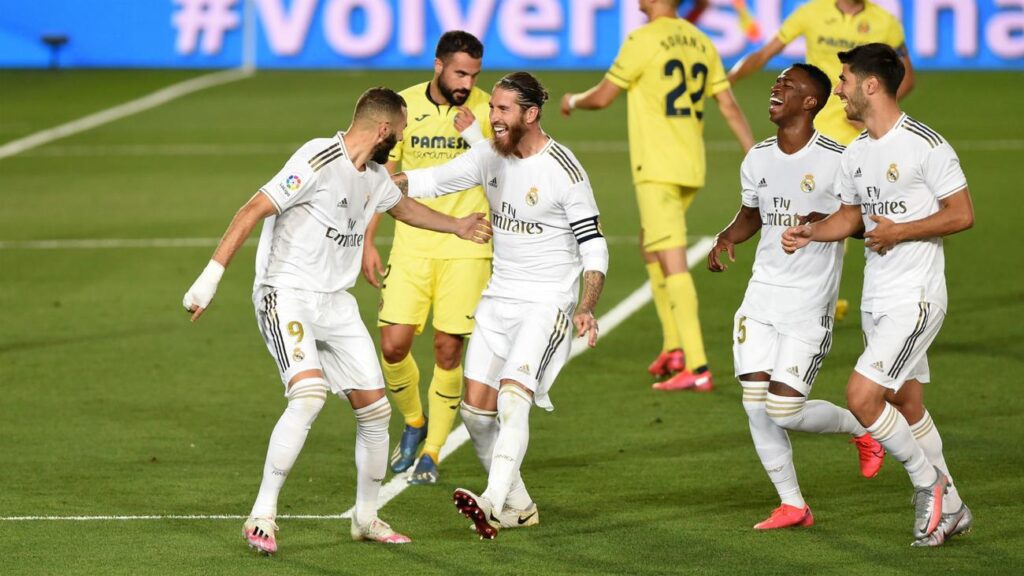 He said: “The title is a reward for work, consistency and balance. What we have done has great value, despite what they may say. Work, when you do it right, is rewarded. There is a lot of merit in winning these 10 games in a row.

“It was an a typical season, we had to win everything, we did not depend on ourselves at the start. The margin of error did not exist in our heads and we have shown it. These matches cannot be won comfortably. We have 34 Ligas and this is my fifth with Real Madrid, I am very happy.”

Ramos added on his future at the Bernabeu after entering the final stages of his current contract: “Whatever the president wants, I would be delighted, I would like to end my career here. I don’t think there will be a problem, either for me or for the president.”