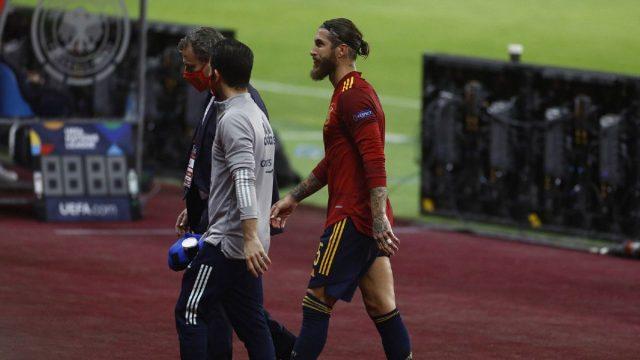 Real Madrid have been dealt with a huge blow ahead of their upcoming games both in the Spanish League and the UEFA Champions League.

The club are expected to be without captain Sergio Ramos for the next set of games which includes the crucial Champions League tie against Inter Milan on Wednesday.

Ramos is expected to miss games against the Italian side as well as the league game against Alaves following his absence from the game against Villarreal on Saturday afternoon.

Results from the tests carried out by the club showed that the Spain international has picked up a muscle injury in his right hamstring, sustained during the 6-0 drubbing of Germany on Wednesday.

The injury is expected to keep out the veteran defender for about two weeks which could be a bit worrying for Zinedine Zidane. The Madrid manager has already seen his defence without the talisman breached on several occasions already this season and going to Italy without him could be a headache.

However, the return of Nacho Fernandez from his injury should ease the pressure at the back as the Spaniard played alongside Raphael Varane during the 1-1 draw with Villarreal on Saturday.

Are Real Madrid giving themselves another Champions League shout?