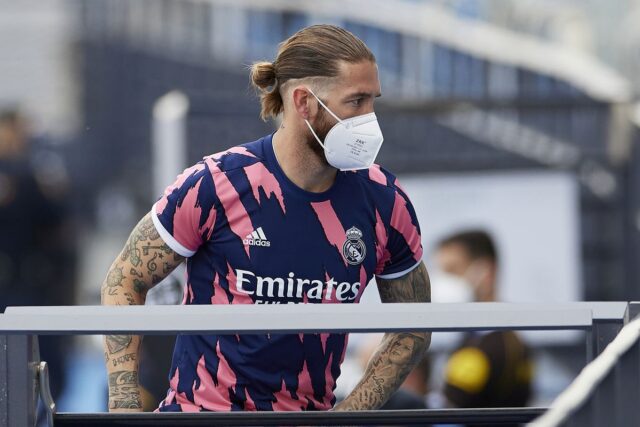 According to reports in Spain, Sergio Ramos is close to signing a new contract extension with Real Madrid after resuming talks.

The Spain international seemed to be at loggerheads with club president Florentino Perez after a breakdown in negotiation.

Ramos and Perez on Friday met to see how best the current situation could be resolved, with media people reporting that both parties left the club’s grounds ‘smiling.’

Sergio Ramos’ current contract expires in two weeks times and after months of back and forth with the club, he is now keen on extending his deal at the Santiago Bernabeu.

The veteran defender has been wanting a two-year extension at Madrid, a desire the club are unwilling to satisfy but they are perhaps working tirelessly to meet the demands of the centre-back now.

In a recent interview, former Madrid left-back Roberto Carlos revealed that there will be more talks between Perez and Ramos in a bid to reach an agreement.

“He is currently recovering from an injury,” Roberto Carlos said during an interview with Onze Mondial. “I am very sure that there will be a conversation between Sergio and the president to reach an agreement. Sergio is the face of the club, a great player and we’ll see what happens.”

Ramos’ contract ends on June 30 but the club are hopeful of having the captain available for the 2021/22 season.