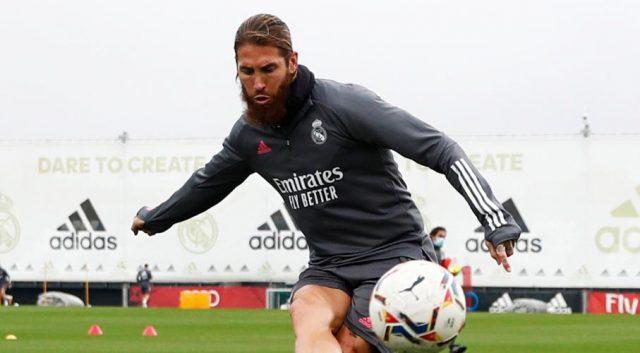 Real Madrid have been boosted by the return of ‘solid rock’ Sergio Ramos ahead of their crucial Champions League game against Borussia Mönchengladbach.

Madrid currently sit third in ‘Group B’ with seven points and need all maximum points on Wednesday to make sure they advance to the knockout stages.

Ramos has missed the club’s last five games across all competitions in which they have conceded five goals and won twice with Raphael Varane partnering Nacho Fernandez at the heart of defence.

However, the good news is that the central defender completed the training session on Sunday with his teammates and will be ready to compete in the important encounter against the German outfit.

Prior to completing Sunday’s training, the skipper of the team also took part in a portion Zinedine Zidane’s training on Friday leaving him in a physically good condition to start in midweek.

Another player who is line to return to the team sheet on Wednesday is Alvaro Odriozola. However, he needs more training sessions under his belt to stand a chance featuring against the Bundesliga side.