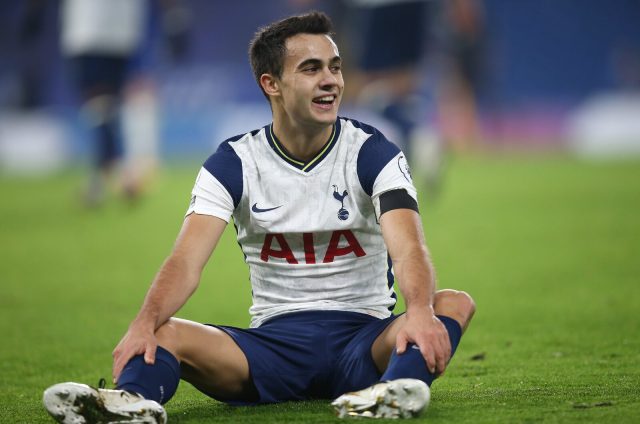 Tottenham Hotspur defender Sergio Reguilon is reportedly considering a return to Spain in the summer according to reports from Spanish television ‘El Chiringuito’.

Prior to his departure, the left-back was expecting to play a major part of Zinedine Zidane’s squad for the 2020/21 campaign after excelling on loan Sevilla.

However, after talks with the Madrid boss, the 24-year-old decided the North London club was the best option for him after several offers received.

While at Tottenham, the youngster has been involved in three goals for Jose Mourinho’s team in 13 Premier League. His presence has seen the Lilywhite record a massive improvement in their defensive department.

His time in England may however not be too long as he may expect with reports circulating that the player is already thinking about a return to Spain.

Sevilla and former club Madrid are all said to be interested keen on bringing Reguilon back to the Spanish league but it is the latter who have the upper hand having inserted a buy-back clause in the deal that took Reguilon to Tottenham.

With Ferland Mendy struggling and Marcelo almost nearing an exit, a possible return to the Santiago Bernabeu has not been ruled out for the player but any decision will definitely depend on who walks in the dugouts as the manager of the current La Liga winners.