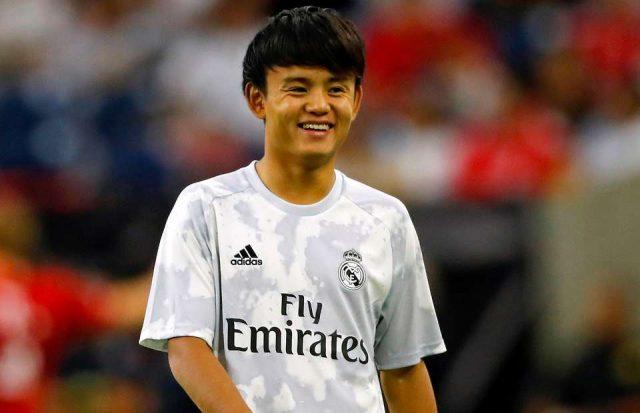 Sevilla are reportedly nearing an agreement with Real Madrid for the loan signing of Takefusa Kubo ahead of the 2020/21 campaign.

Per the circulating reports in Spain, Madrid are said to be enticed by the fact that Sevilla will be playing in the Champions League next season which could give the youngster a chance to play on a bigger stage.

Kubo was with Real Mallorca during the 2019/20 La Liga season where he produced some wonderful performances for them despite their inability to escape relegation.

A move to Sevilla where Sergio Reguilon also thrived last season will do the Japan international a lot of good as he looks to convince the league champions he is worthy of a first team place.

Real Sociedad, Real Betis and Granada have also shown interest in the player who looks to be convinced playing under Julen Lopetegui is the best option for him.

Spanish outlet Onda Cero reports that Sevilla want the 19-year-old on a two-year loan deal with Madrid expected to demand a fee around €3 million from whichever club that earns the player’s signature for the upcoming season.

Kubo played 35 games for Mallorca, starting 23 of them. He also managed four goals and four assits for the relgated side last season.