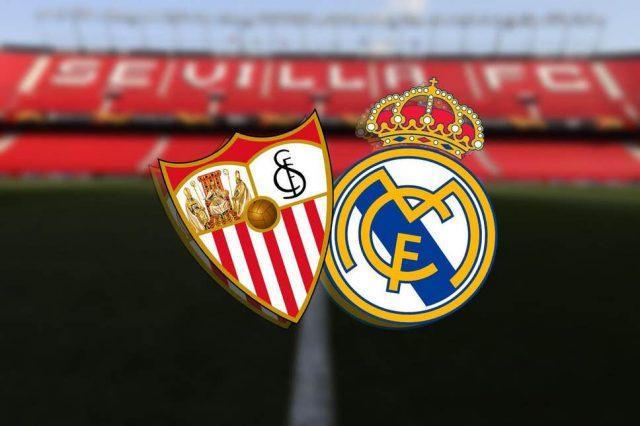 After back to back losses against Deportivo Alavés and Shakhtar Donetsk in their last two games, Real Madrid are set to play Sevilla on Saturday.

The defending champions’ continue to struggle at this point with their last win across all competitions coming in the win over Inter Milan in the UEFA Champions League.

Sevilla on the other hand will be hoping to recover from the 0-4 drubbing suffered at the hands of Premier League side Chelsea on Wednesday night.

Zinedine Zidane goes into this game knowing that his managerial career may depend on it as any bad result could put his job on the line after a series of bad patches in the last month.

Madrid are a point above Julen Lopetegui’s side having played one game more than them and a defeat over the weekend could see the Los Blancos move out of the top four for the next week.

Having qualified for the next round already in the Champions League, Sevilla rested a whole lot of players for their game against Chelsea.

Lopetegui is expected to name a strong starting XI for the game against his former side. However, he will be without the services of Sergio Escudero and Suso while Marcos Acuna, Bono and Carlos Fernandez are all expected to be fit.

For Zidane, Dani Carvajal and Sergio Ramos have started training on the pitch but is likely to sit out this game. Federico Valverde and Eden Hazard are still sidelined but Alvaro Odriozola and Luka Jovic are back with the team.