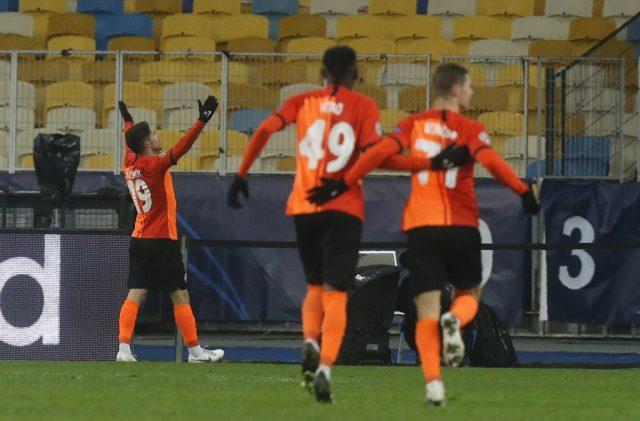 Real Madrid’s struggles continued away in Kiev where they suffered yet another humiliating defeat in the UEFA Champions League.

The Los Blancos went into the game hoping that a win would take them into the next round of the competition but that would however have to wait until the last day after a 0-2 loss to Shakhtar Donetsk.

Goals from substitutes Dentinho and Manor Solomon were enough to dent the Spanish side’s hopes of qualifying with a game to spare.

Madrid started the game brightly and should have taken the lead with efforts from Marco Asensio and Rodrygo Goes should have given the away side the upper hand but any of those chances were not converted.

Madrid had five shots on target in the first half with another two off target, compared to the home side’s one throughout the first 45 minutes.

The second half saw Madrid produced one the worst performance in a Champions League as they failed to create enough changes, given Luiz Castro’s team the upper hand in the game.

Dentinho, who replaced Junior Moraes in the 24th minute after the latter went off injured, opened the scoring 12 minutes after the recess to put Shakhtar ahead after a miscommunication between the Madrid defence.

Zinedine Zidane made three substitutions at the same time in an attempt to get him team into the game but it was Shakhtar whose earlier substitution paid off with Solomon going on a solo run before striking the ball past Thibaut Courtois to make it 2-0.

Madrid’s creativity was lurking after the withdraw of Martin Ødegaard who created three chances in the opening half.

The results mean that Madrid and Shakhtar are now level on points – seven each and would have to depend on the last game to see who goes into the next round.