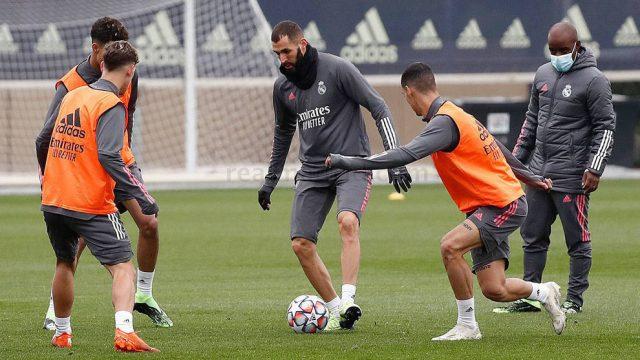 Real Madrid could secure their qualification into the next round of the 2020/21 UEFA Champions League campaign when they travel to take on Shakhtar Donetsk on Tuesday evening.

The Spanish giants will be hoping to recover from their 2-1 loss against Deportivo Alaves in the domestic league last Saturday while Shakhtar will hope their victory over Dnipro is just a morale booster for the clash with Madrid.

The Los Blancos are now in a better position to qualify for the knockout stages thanks to taking all six points available to them in their games against Antonio Conte’s side after a shaky start to the campaign.

Shakhtar on the other hand have only added just a point to their only victory over Zinedine Zidane’s side on the opening day of the competition this season.

Both teams will be gunning for all three points to still have the chance of making it to the next round, but it will be to Madrid’s benefit should the match end in at least a draw.

Yevhen Konoplyanka, Davit Khocholava, Dentinho, Viktor Korniienko and Ismaily are all expected to miss the clash against the Los Blancos on Tuesday night while Junior Moraes could be restored to the starting line up.

For Madrid, they will be without the services of Daniel Carvajal, Alvaro Odriozola, Sergio Ramos, Federico Valverde, Luka Jovic as well as Eden Hazard for the game against Luis Castro’s men.

But Karim Benzema is fir to be involved on Tuesday after training with the group following their game against Alaves.

Shakhtar Donetsk 2-0 Real Madrid: Ukrainian side do the double over Madrid