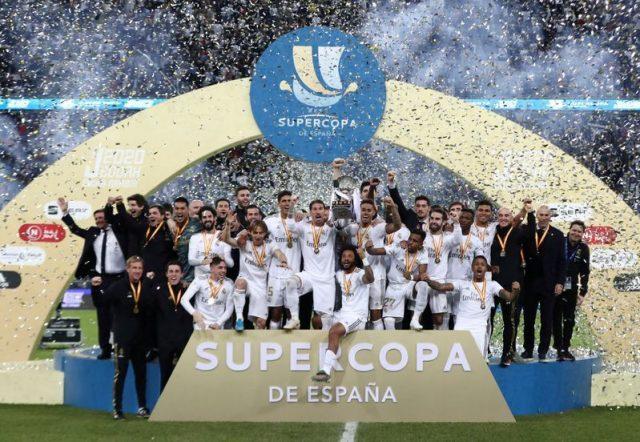 Thursday presented a great opportunity for the Spanish Football Federation to come up with the draw 2020/21 edition Spanish Super Cup.

The current holders Real Madrid discovered who they will face in the semi-final considering the format was changed last year.

The teams involved for this season’s tournament include Madrid, Barcelona, Athletic Bilbao and Real Sociedad.

After the draw, Zinedine Zidane’s men were paired with Athletic while Barcelona will face Sociedad in the order semi-final.

The game between Real Madrid and Athletic Bilbao is expected to take place in Malaga on January 14.

Meaning, the defending champion will be facing a test they beat not too long ago in the La Liga division, with Madrid having to secure all three points 15 minutes of the game despite the away side going a man down after just 13 minutes of action.

Zidane having led Madrid to victory in the previous edition will be wary of the threat that the Basque club possesses and field his strongest side considering the fixture is a single-elimination game.

Madrid beat City rivals Atlético on penalties earlier this year to clinch the Spanish Super Cup and January will another opportunity to defend their title.

Should Madrid progress into the final at the expense of Athletic, they could face one of either Barcelona or Sociedad.