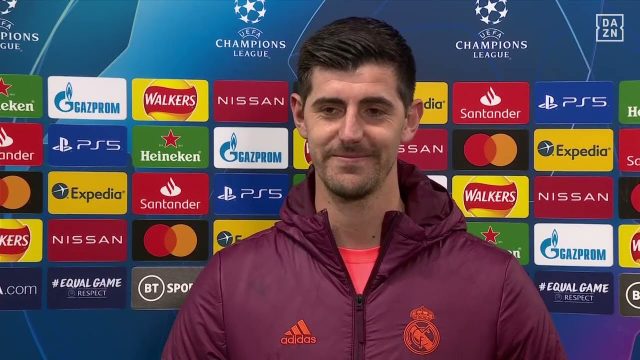 Following the elimination of Real Madrid from the UEFA Champions League on Wednesday night, Thibaut Courtois admitted Chelsea were the better team on the night.

Real Madrid succumbed to a 2-0 defeat at Stamford Bridge and finished the entire tie with a 3-1 aggregate scoreline.

Speaking after the game, the goalkeeper said his teammates struggled against the Premier League side but the latter were at their best.

“During the first half, we had the ball but couldn’t create enough chances. We had a good opportunity on Karim’s shot but their keeper did a great save and then they scored their first goal. During the second half we tried to score but they defended well and hurt us with their counterattacks,” said Courtois.

On what has been their barrier to getting to the finals of the Champions League, the shot-stopper replied: “The Champions League is not an easy competition. Sometimes you just face a better team like today and can’t do much. Next year we will fight to reach the Final but there are great teams playing and you can’t always get to the Final. It was our dream but Chelsea played better than us.”

The Los Blancos are back in action on Sunday where they face Sevilla hoping to stay in the fight for the La Liga title.