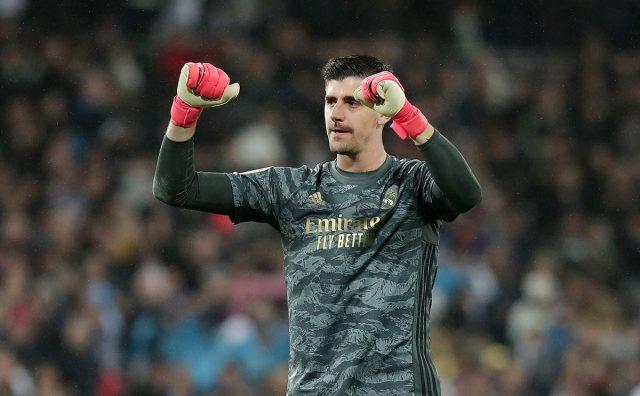 Thibaut Courtois will be aiming for a personal achievement when Real Madrid travel to England to play Manchester City at the Etihad Stadium on Friday.

The Belgium international is yet to keep a clean sheet against the Premier League side in the nine games he has played against them.

Courtois was a key to his side’s impressive performances at the back which saw them also clinch the Spanish La Liga title during the 2019/20 season.

He kept 21 clean sheets across all competitions for Los Blancos, and adding to that number on Friday will not be just a good result for him, but could also play a part in helping his side also fight to make sure they overturn the tie.

Madrid lost the first-leg at the Santiago Bernabeu in February, falling to a 1-2 defeat after going ahead from an Isco goal after 60 minutes played.

In Courtois’s nine games against Pep Guardiola’s team, he has conceded 11 goals – picking the ball from his net at least once in each of the matches.

His best performance with a team against the Sky Blues came in Chelsea’s 5-1 win over them in the FA Cup during the 2015/16 campaign, with worst display on April 16, 2016, in a 3-0 defeat at the Stamford Bridge – conceding three goals from Sergio Aguero before being shown a red card with 12 minutes to go.

It will definitely be a tough ask of the goalkeeper, considering that Madrid will also be without Sergio Ramos. But Courtois should be up to the task on Friday.