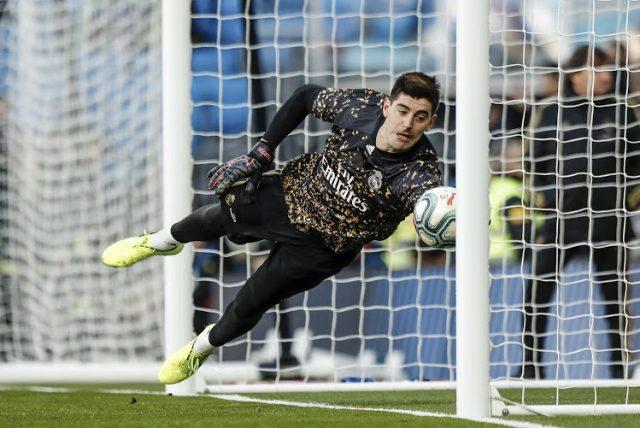 Real Madrid goalkeeper Thibaut Courtois has conceded the month ahead is a very crucial in the club’s quest for glory in the 2020/21 campaign.

However, he adds that he is fully focused on the games ahead despite admitting it difficulty.

The club are set to return to field on Saturday when they host Cadiz before entertaining Shakhtar Donetsk in their opening game of the 2020/21 UEFA Champions League campaign.

That may as well not be the end of their congested fixtures with a trip to Barcelona for the El Clasico also in line before finishing the month with a game against Borussia Monchengladbach.

Madrid have started the season strongly in the Spanish top-flight and find themselves on top of the league after four games played, amassing 10 points during that time.

But the Belgium international believes they are still a long way off their targets for the season adding that the latter part of this month and the schedules in November could be key in their campaign.

“It’s a month of important games,” Courtois said as he accepted an award as Mahou Five Star Player for the month of September, while also crediting his teammates for Real Madrid’s good defensive record. “It’s the work of the whole team and I hope that I can continue to help us win games. It’s important to keep a clean sheet, but it’s also important to score goals and win the games we play.

“We’re doing well physically and with our results, which we hope to continue over the next month.”

The shot-stopper is expected to start in between the sticks on Saturday after recovering from an injury that kept him out of the Belgium fixtures during the international break.

The 28-year-old has kept three clean sheets for Los Blancos so far in four games this season.