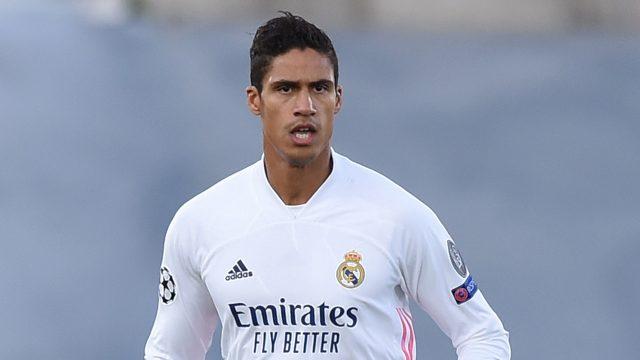 At some point in time, Real Madrid looked to be having another ‘Sergio Ramos’ in the person of Raphael Varane.

In a period where Madrid won four UEFA Champions League trophies in five years, the central defender looked to be a leader and a role model on the pitch even at such a young age.

At the end of the last triumph, he even went on to claim a FIFA World Cup winners medal during the 2018 edition, which saw France become world champions.

However, Varane has not been the same player for the last two seasons. For a player with such a great deal of experience over a long period, the club were looking to hand the defender the role of leading the backline in the absence of Sergio Ramos. But the France international is nowhere near the targets set for him.

His errors in some games have cost Zinedine Zidane’s men the needed results in crucial times. Not just his mistakes at the back but the way in a manner which he has shielded the defence has also been criticised mostly while Ramos is away.

Per records, no player has made errors leading to goal in the Champions League than Varane since the start of 2020 (3). To make it sound weird, he had not committed any error leading to goal in his first 70 appearances in the competition.

Against Shakhtar Donetsk on Tuesday, he was apportioned the blame for the home team’s opener after Ferland Mendy had made an interception.

Considering the successes he has chalked wearing the famous white shirt, perhaps it could be high time the club considered putting him on the market and working a way for mew crop of talents.

On a good day, Varane is arguably one of the best defenders in the game however, his recent performances has really thrown doubts about his game and with Ramos seemingly reluctant to commit his future to Madrid, we could be set to see a new dawn of talent at the heart of defence for the Spanish giants.

Who do you think deserves a chance to slot into the centre-back role at the Santiago Bernabeu?