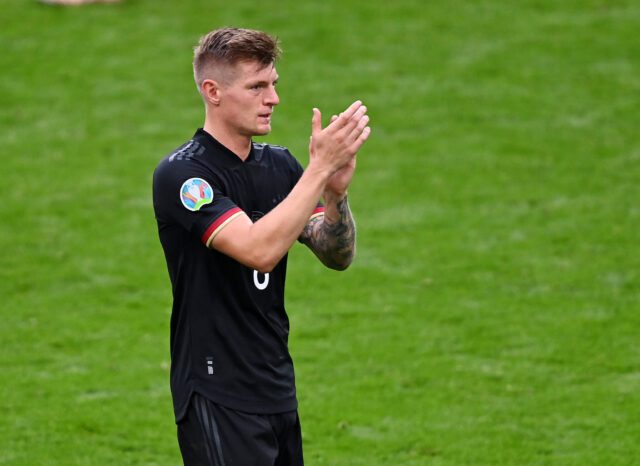 The player bows of the international game following Germany’s failure to progress into the final stages of the ongoing European championships at the expense of England.

“I’ve played for Germany 106 times. There won’t be another time. I would have dearly wished, and I gave everything again, that there would have been 109 internationals in the end and that this one big title, the European Championship, would have been added at the end. I had made the decision to quit after this tournament for a long time. It had been clear to me for a long time that I would not be available for the 2022 World Cup in Qatar,” wrote Kroos.

Kroos also mentioned that his decision to retire is to mainly focus his attention on his career with Real Madrid.

“Mainly because I want to focus fully on my goals with Real Madrid for the next few years. In addition, from now on I will deliberately allow myself breaks that have not existed as a national player for eleven years,” he added.

For Madrid fans, this could be a good omen as it means they will now get to see a more rested and good fit Kroos for the next few years ahead.