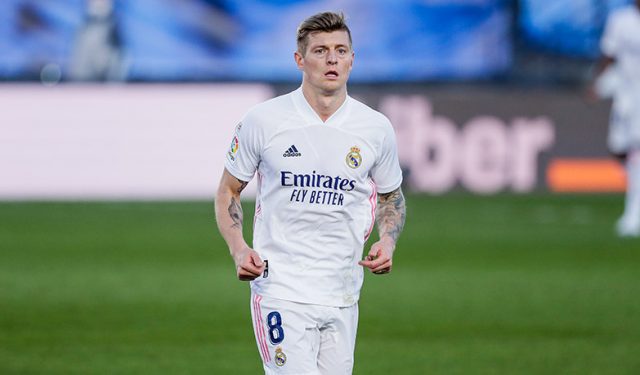 Real Madrid are set to be without midfield maestro Toni Kroos for their next league game against Getafe.

The German international was shown his fifth yellow card of the season in the 2-1 win over Huesca on Saturday afternoon.

Toni Kroos has been an instrumental figure in the squad for Real this season, and although he may not be scoring a lot, he has actually been the main engineer in the team’s dominant possession in midfield.

In 19 league appearances this term, the former Bayern Munich midfielder has been involved directly in five goals, scoring once and assisting on four occasions.

Kroos’ absence will definitely be a big blow for Zinedine Zidane, who has very limited options in midfield due to injuries to some of his squad members.

Getafe may be on a poor run of form at the moment with two losses and one draw in their last three games, but Jose Bordalas’ men are capable of causing damage on a good day.

Sergio Arribas and Antonio Blanco are options for Zidane to consider in the absence of Toni Kroos for Tuesday’s league game while Isco is also another alternative for the manager.