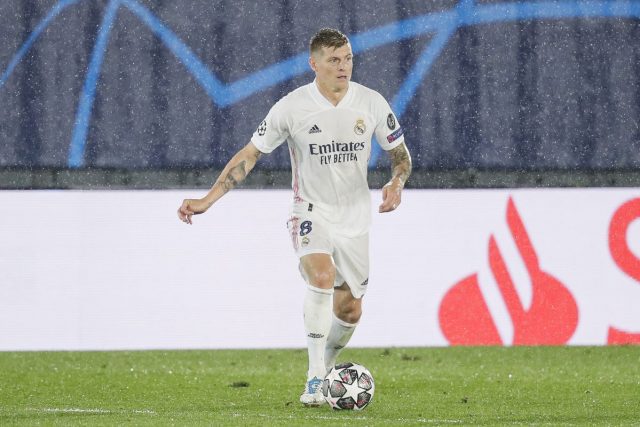 Real Madrid midfielder Toni Kroos says the team are looking to challenge for everything when they face Chelsea in the second leg of the UEFA Champions League semi-final tie on Wednesday.

“We know the quality they have, but I think we’re doing good,” the Germany international said during the press conference on Tuesday. “Although we’ve now lost Varane, we’ve got back some of those who weren’t available for the first leg. What we do when we have the ball will be important. We’re ready to fight to the end. You can’t explain what Sergio means for the team. Whether he plays or not is down to the coach.”

Zinedine Zidane’s future has been a subject in recent times with reports linking him to the managerial job at Juventus but Kroos believes the Frenchman will be at the helm of affairs for the club during the 2021/22 campaign. He said: “I think he will be our coach next season. He has a contract!”

The former Bayern Munich star was also asked about teammate Eden Hazard, who is set for a starring role at Stamford Bridge against his former side. The Belgium international has not enjoyed the best of years since moving to the Santiago Bernabeu but the midfielder believes Hazard is unplayable when he gets his day.

He added: ”We know what Eden can contribute. I think he’s doing better, able to contribute to his level. It’s hard to know how he truly is because he’s played so little, but he is always a dangerous player.”