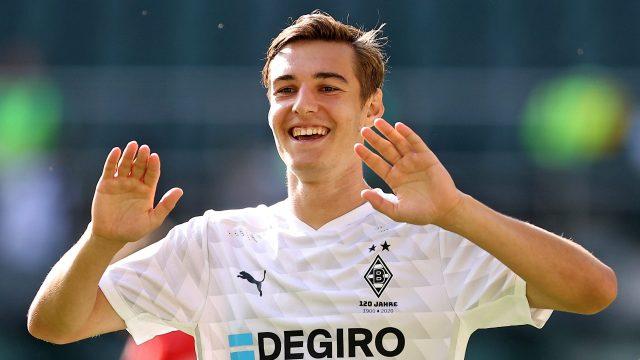 Real Madrid is reportedly said to be interested in the signature of Borussia Mönchengladbach midfielder Florian Neuhaus.

Neuhaus was part of the Mönchengladbach team which played the Spanish giants in the group stages of the 2020/21 UEFA Champions League, playing all 180 minutes across both legs.

With reported interest from Inter Milan and Bayern Munich as well, we look at how the player could fit in at the Santiago Bernabeu should the fantasy be made a reality.

As a double pivot

Florian Neuhaus has played mainly as a double pivot while with the Bundesliga side. His role as one of the two defensive midfielders gives room for the front four to operate with freedom knowing that they are well covered at the back. At Real, he could form a long partnership with Casemiro who has also been very instrumental for the club since becoming a regular at the Bernabeu.

Another position where the Germany international could prove vital for Zinedine Zidane’s team if he arrives is the role of a box-to-box midfielder, a role that the player is familiar with. Florian Neuhaus has been directly involved in five goals in 14 Bundesliga games, which details his goalscoring abilities. His pressing as well as ability to drive through the opposition with the could be important for Madrid as their current midfield is made up of passers. A ball-carrying midfielder would prove to be a good deal for Madrid.

Considering his nationality, learning from Toni Kroos could also help the 23-year-old grow into a better player than he is at the moment. He possesses similar qualities to the Madrid midfielder and with the latter nearing the end of his career, Neuhaus could be a potential replacement for him at the club.

Reports claim the German has a release clause of about €40 million, which could be a good bargain for the Los Blancos should they decide to bring him to the Bernabeu.