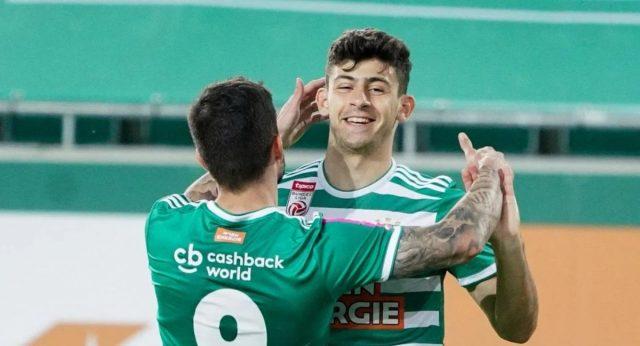 Real Madrid have been linked with 17-year-old Austria international Yusuf Demir ahead of the summer transfer window.

The Los Blancos are unlikely to add to their squad in the winter transfer window despite players likely to be allowed the chance to leave the club for more playing minutes.

In the wake of their plans for the summer, Demir has been identified as one of the players the club could poach as part of their ‘next generation’ policy.

Yusuf Demir teenager can play as an attacking midfielder or occupy any of the front three positions but has mainly been deployed as a No.10 at Rapid Wien, where he is beginning to play more after his breakthrough season.

He signed his professional contract with Wien in May 2019, before going on to make his debut for the club seven months later in the 3-0 win over Admira. However, Demir had to wait for the 2020/21 campaign to score his maiden goal for Wien, coming in 1-2 defeat to Gent in the UEFA Europa League group stage.

His greatest asset so far is his playmaking skills, which have caused problems for his opponents anytime he gets to be on the pitch. Yusuf Demir also has great ball control and carries the ball as he means to go on anytime he is played through in the opposition’s half.

The youngster also has the vision to pick out his teammates in tight areas, an attribute that eludes almost every young talent that the sport has seen in recent times.

He may be the most clinical in front of goal, but Demir is different from the kind of playing who does more havoc operating behind a natural striker. He is able to split defence with his passing and his ability to change his pace at crucial times also justifies why he is on the cards of many top clubs in Europe.

Demir may not be a first-team star right away should he move to the Santiago Bernabeu anytime soon but he could be the best of the signings made with regards to players within his territory.

He has a big future ahead of him and could be developed under the tutelage of a manager like Raul Gonzalez who is at the helm of affairs at the Spanish club.

Madrid would have to move swiftly if they are to sign the player, with Juventus and Manchester United all in the race for the 17-year-old signature.