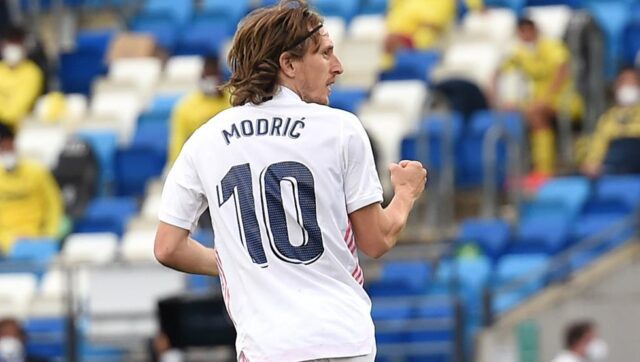 Real Madrid have announced that midfielder Luka Modric has extended his contract at the Santiago Bernabeu until the summer of 2022.

Luka Modric signed his new contract in the early hours of Tuesday, with the club making it official through their official website.

The player’s contract had been a subject of discussion throughout the season with his previous contract expected to end in June.

However, the club have now tied him down for another year after his impressive performances in the just-ended season.

Modric made 48 appearances during the 2020/21 campaign, scoring six goals and assisting a further six as Madrid finished the season without a title.

The 35-year-old joined Madrid from Premier League side Tottenham Hotspur in 2012 and has gone on to play a key role in the middle of the park for the Spanish side, chalking up much success including four UEFA Champions League titles as well as two league titles.

His contract extension will allow the club to pay attention to extending other departments other than the midfield when the transfer window opens in the coming weeks.