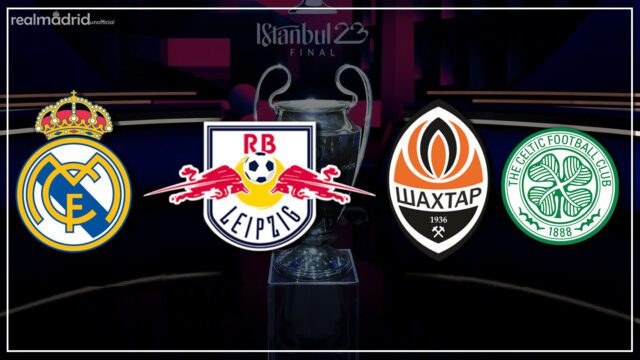 The biggest club competition returns to your screens this week following a successful draw last month. For Real Madrid, the 2022/23 UEFA Champions League season is another opportunity to win the prestigious tournament again.

A fairytale ride last time out saw Carlo Ancelotti’s side go all the way to beat Liverpool in the final in Istanbul to clinch their 14th European Cup.

En route to winning it last season, Real Madrid had to overcome the Premier League trio of Chelsea, Manchester City and Liverpool in the last three rounds.

However, the new season beckons and Madrid already knows there is no time to rest.

The Spanish side is drawn in Group F, where they will face Celtic, Shakhtar Donetsk and RB Leipzig.

Here’s what to expect from Real Madrid’s Champions League group:

Real Madrid will face Celtic in a European Cup game for only the second time. The last meeting between the two teams was during the 1979/80 season competition.

The pair met in the quarterfinal stage where Madrid edged past them with a 3-2 aggregate score. Both teams were winners in the home fixture.

The Ukrainian side have become regulars for Madrid in recent times.

The two teams have been in the same group for the last two seasons with this season being the third consecutive time. Prior to the 2020/21 meeting, the two teams last faced each other in the 2015/16 season where Madrid went on to win the competition.

The three seasons have seen six meetings in all; Madrid commands four wins while Shakhtar have two to be good.

What Madrid can expect from Shakhtar this season is a tricky side that can cause trouble on a good day.

If there is any German side that has risen to punch above their limit in recent years, it has got to be RB Leipzig.

This will be the first-ever meeting between Madrid and Leipzig in the competition’s history and with the kind of football both set of teams play, it will be interesting to know to keep the conversation going.

Madrid kicks off this season’s Champions League with a trip to Scotland to play Celtic.