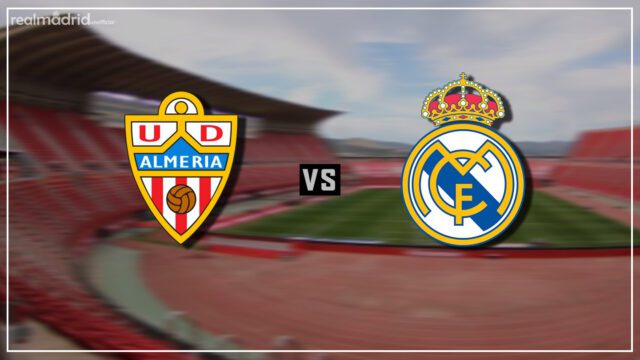 2021/22 La Liga champions will begin their title defence with a trip away to UD Almeria, where they face the newly-promoted side.

Fresh from winning another trophy, Real Madrid will see a return to club football over the weekend as they seek to defend their title.

In the midweek UEFA Super Cup match against Eintracht Frankfurt, goals from David Alaba and Karim Benzema, one just before and one after halftime, gave Ancelotti’s team a comfortable 2-0 victory.

Despite their relatively sparse La Liga experience in the 21st century, UD Almeria have lost their opening top-flight fixture only once across the last six seasons.

However, Almeria had lost five straight La Liga games (D1, L4) and given up two or more goals in each contest before being relegated to the Segunda Division seven years ago.

Despite drawing back-to-back league games at the end of the previous season, Los Blancos enter the competition as heavy favourites to start their defending La Liga campaign off well.

With eight victories and a draw in their last nine La Liga games against these rivals, Madrid has a history of cruising through Andalusian opponents.

They have only lost one of their past 12 La Liga meetings with Almeria, so there’s a decent chance they’ll continue their fine run against clubs from Andalusia (W9, D2).

Although the new-look Almeria squad may have started the season without any injuries, Rubi’s decision-making is only made more difficult by this.

In the off-season, Andalusians signed nine players to long-term contracts while letting go of ten from the team that won the Segunda.

The midweek match versus Frankfurt saw Dani Carvajal make his preseason comeback from a sprained ankle.

Ancelotti selected the same starting lineup that helped Los Blancos win their 14th European Cup against Liverpool last May when he had a fully fit squad at his disposal.

It ended up being a good choice by the Italian.