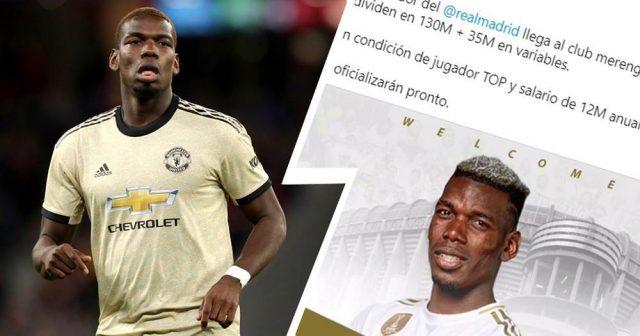 The ex-German international believes despite Pogba’s skills and impact on the pitch, he may lack the right attitude to make a positive influence at Bernabeu, adding that he would prefer “humble players” ahead of French World Cup winner.

Zinedine Zidane is keen on signing the former Juventus maestro with the Italian side also in the race to him him.

“If you want to return to the idea of the galactics, maybe yes,” he told AS. “But I am more in favour of humble players with great talent and sacrifice for the team.”

Having enjoyed a fruitful career at the Santiago Bernabeu, Cristiano Ronaldo took it upon himself to go in for a new challenge, leaving Madrid for Juventus after the 2017/18 season.

The Spanish club haven’t been the same with Ronaldo’s departure, as they have had coaches come and go before the second spell of Zinedine Zidane.

“There is only one Cristiano,” Stielike said while talking about the current situation of the team. “That’s why I see that any team needs a certain adaptation time when a fundamental piece is gone.”

Despite Stielike questioning Madrid’s chase for Pogba, Christophe Dugarry, who played France said earlier that the midfielder could be the perfect piece for the La Liga side.

“We have all observed that this [Real squad] is aging a little. It is [a team] that has problems projecting, breaking lines and reaching the second line when there are centres,” Dugarry told RMC Sport.

“Pogba can do it. He is a boy who can score goals. For me, he is the ideal boy to give Real Madrid what is missing.

“A year has passed that has been difficult for him, because he has injuries and his team does not perform well, but every time he has been able to play, he quickly recovers his level. Knowing Zizou, if he was in love with Pogba, there is no reason for him to be gone a year later.”