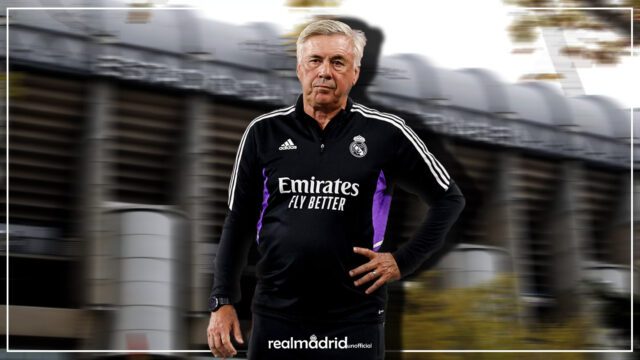 After almost two months of no action since the UEFA Champions League final, Real Madrid returned to the field in the early hours of Sunday as they faced arch-rivals, Barcelona.

Carlo Ancelotti’s side ended up on the losing end with Barca’s new acquisition, Raphinha, scoring a superb strike to give his side the win over Madrid.

New signings, Antonio Rudiger and Aurelien Tchouameni, were given starting berths with the former being pushed to the left-back position for tactical reasons.

Not quite the expected start the two players were looking to having as their unofficial debut only resulted in a loss at the hands of Barcelona.

With the heated moments that the El Clasico presents, Rudiger may already have a good clue as to what to expect as he was involved in the clash after Vinicius Junior was brought down in Barca’s half after successfully taking on two players.

Away from the player introduction, there were more pressing issues for Ancelotti than he would have thought of, going into the game.

Just like the last Clasico in the 2021/22 season, in which the Los Blancos suffered a 4-0 drubbing, Madrid were without a key full-back in Dani Carvajal while Karim Benzema also didn’t play.

However, it is the absence of the latter that has raised questions about the Champions League winners going into the new season.

In 90 minutes against Barcelona, Real Madrid managed no shots on targets – zero!

In the absence of Benzema, the technical team, led by Ancelotti, opted to play Eden Hazard as a false, a position the manager is said to be considering for the Belgian.

Hazard, despite receiving backing from fans and some teammates, failed to flourish in the 45 minutes he played against Barca in what was his first Clasico since joining the club.

The Belgium captain was replaced by Marco Asensio after the break as Rodygo Goes moved into the No.9 role but he was also far from convincing.

In came the ‘inevitable’ Mariano Diaz to lead the line for the Los Merengues.

In all of these, Madrid failed to hit the target or trouble Marc Andre ter Stegen in the post for Barcelona.

In fact, Asensio missed Madrid’s only clear-cut chance. The Spaniard missed from close range with the post glaring at him after being played through.

Federico Valverde struck the crossbar in the first half but he was unlucky not to get onto the scoresheet.

What can be done now?

There is a need to get a backup striker as soon as possible and that means either Borja Mayoral or Mariano Diaz will be on their way out of the club or possibly both players leaving.

Mayoral only joined the squad in the US a day ago but the player could be returning as soon as this week as Getafe are said to be close to agreeing on a fee with Madrid for the forward.

At Madrid, Juanmi Latasa’s name has been mentioned quite a number of times and his inclusion in the squad for the US tour was an indication. However, the Castilla striker is far from being a backup for a player as vital as Benzema.

Benzema scored 27 goals last season for in the league, which is 33.7% of the club’s total goals. Hence, his dependence was key to Madrid clinching the league title.

Florentino Perez and Ancelotti cannot afford to repeat same mistake in the upcoming season and must turn to the market to bring in an experienced face before the start of the season.

Getafe closing in on Borja Mayoral