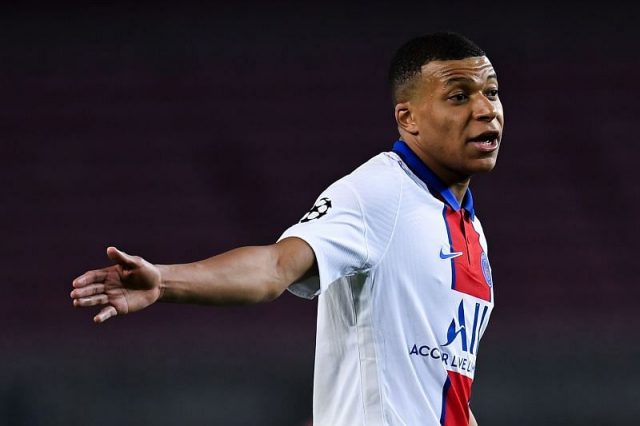 If there was ever anything Real Madrid fans were looking out for on Tuesday in the UEFA Champions League, it was seeing Kylian Mbappe smash Barcelona at their home ground.

That was exactly what the youngster did at the Camp Nou, and despite his incredible performance on the big stage Jorge Valdano believes his game is enough to convince Paris Saint-Germain to keep him.

Mbappe has been the subject of strong interest from Madrid for some years now with Madridistas calling for his signing every now and then. The player has just a year left on his current deal in Paris and attempts to get him to sign are being made by the French club.

There have also been reports that the France international could be allowed to leave Paris should they manage to sign Barcelona superstar Lionel Messi in the summer but Valdano believes the Champions League game may have caused a change of mind for PSG.

“Mbappe is further away from Real Madrid tonight than ever before,” Valdano, who previously worked at Real Madrid in multiple roles, told Onda Cero’s El Transistor show. “He can ask for 30 million [euros per year], the same as Neymar, and I think only PSG can give him that.”

Valdo was impressed not only with the performance of the former Monaco man but also the general output of the team in Spain.

“He has the personality to show all his class in big matches,” he said. “PSG were much more than Mbappe today. The second half was a real nightmare for Barcelona.”

He also spoke about the possibility of PSG swapping Mbappe for Messi, admitting that he does not see that happening after Tuesday’s game.