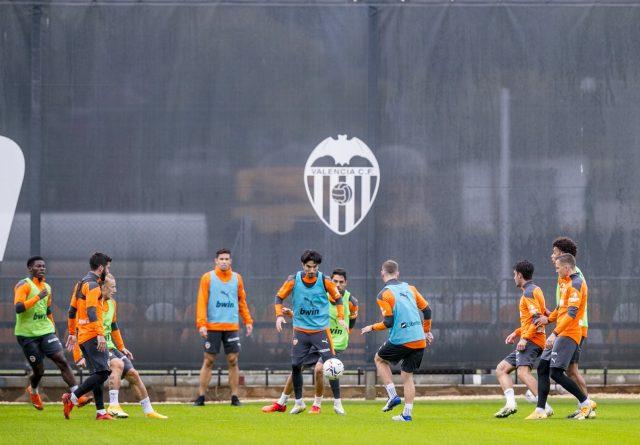 Fresh from two wins on the bounce, Real Madrid are set to travel to the Mestalla Stadium to take on Valencia on Sunday.

The clash will feature the second placed team in La Liga playing the 13th placed team on the table, with the latter having managed just eight points from eight games.

Javi Gracia’s men have suffered four defeats already this campaign but they have not been shy in front of goal in six of their eight games in the league so far.

We take a look at some of the exciting players they have who may be a threat to Zinedine Zidane’s team:

One of the stars Valencia managed to keep hold of in the summer. The forward has so far scored three times in seven appearances this season and has always looked to be a threat in front of goal anytime he plays. He is able to fight of competition from defenders due to his physique and strength.

Another of Valencia’s hugely imbedded talents is Guedes. He is yet to discover his best of forms for club side this campaign but the Portugal international has already opened his scoring account for the club. He has started six of the eight games averaging 69 minutes per game. He is likely to return to the team after being left on the bench against Getafe.

He South Korea international is one of the surprise packages from Los Che’s camp in the 2020/21 campaign. The forward is yet to find the back of the net in seven appearances but he has grabbed three assists to his name so far. He is one few players to have completed almost all of their attempted dribbles per game, posing an average of 0.6 per game.

Soler broke into the first team at Valencia at a very tender age during the 2016/17 season, where he made 23 appearances and managed three goals. He has already been involved in two goals already this campaign and has been forced to play a more reversed role as a result of Valencia losing so many key players this summer. He is talented and can cause a problem anytime he is allowed to have much of the ball.

The 23-year-old has already created three big chances so far this campaign per SofaScore’s research.