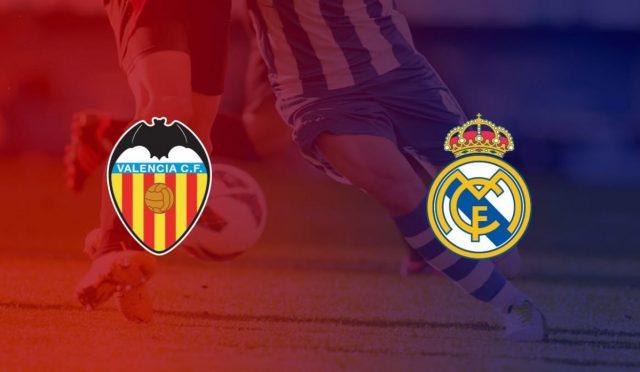 Real Madrid will turn their attentions away from home over the weekend when they travel to take on Valencia at the Mestalla Stadium on Sunday.

Madrid have won all of their last three matches away from home in the Spanish La Liga – beating Real Betis, Levante and Barcelona respectively in that period.

Valencia on the other hand are winless at home in their last three games, with their only win at home coming on the opening day of the 2020/21 La Liga campaign.

The home side have not made the best of start to this season’s top-flight after eight games played. They have taken just eight points from their games so far – that is an average of one point per game. Valencia are 13th on the league table as things stand.

Zinedine Zidane’s side however have been a but consistent with their performance in the league despite losing to Cadiz at home last month. They currently occupy the second position on the league table having played a game less.

Los Blancos will be hoping that they go into the international break with a win to make three wins in a row across all competitions while Los Che will be ginning to break their winless streak.

The last meeting between these two in the top-flight saw the defending champion score three unanswered goals against Valencia.

Mouctar Diakhaby has been on the sidelines since October 24 with a hamstring injury and is expected to return after the international break. First-choice right-back Thierry Correia is also suspended after his yellow card against Getafe last weekend. Javi Garcia is also out of midfield options after Geoffrey Kondogbia sealed a move to Atletico Madrid earlier this week.

For Zidane, Martin Odegaard and Daniel Carvajal are likely to return to the squad for the Valencia trip after recovering from respective injuries. Eder Militao and Nacho Fernandez are unlikely to feature in the game while Alvaro Odriozola may not be risked by the manager.