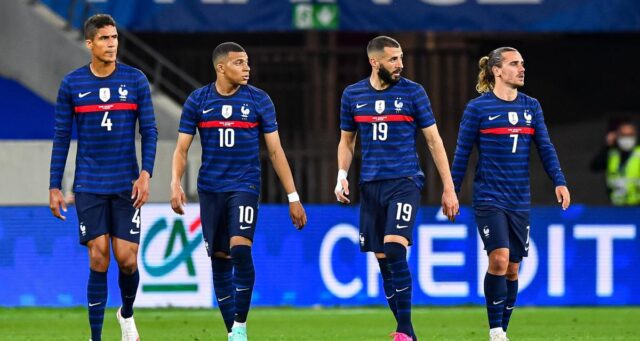 It was a great sight of good football on Tuesday when Germany played France in their opening fixture of the UEFA Euro 2020 tournament in Munich.

Three Real Madrid players were in action in the game with two of them last the entire period of the game.

Raphael Varane and Karim Benzema were on the winning side, as France beat the Germany ream with a 1-0 scoreline while Toni Kroos featured for Germany.

Varane looked composed and solid against the German forwards throughout the entire game, making nine clearances, two blocks and two interceptions as his side ended up with a clean sheet.

Benzema was also involved in the build-up to the France goal, combining very well with Paul Pogba before the latter played Lucas Hernandez through on goal.

In the second half of the game, the Madrid striker also saw a neatly worked goal ruled out for offside before being substituted in the 89th minute.

For Kroos, he was the best player in the German team, dictating play for his side in the middle of the park but all efforts to get his side leveled were to no avail as he ended up on the losing side.

Kroos will be hoping for a turn in fortune when they play Portugal in their next game, while Benzema and Varane will play Hungary in their second game.