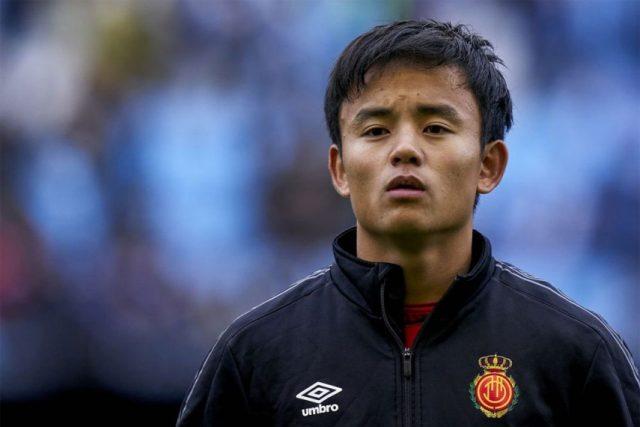 Villarreal have reportedly jumped into the lead in the race to sign Real Madrid youngster Takefusa Kubo in the summer transfer window.

The 19-year-old together with Madrid are expected to decide the player’s next destination for next season, with Granada, Villarreal, Real Betis, Osasuna and Celta Vigo all in the race to sign the player.

Kubo is also said to be open to playing in Europe next season, an opportunity that the Yellow Submarine club can provided.

Bayern Munich are also said to have offered the Spanish champions a sizeable sum to take Kubo to the Bundesliga on temporary terms.

The Bundesliga side are reported to have contacted the player’s entourage to discuss the offer but the player is not open to leaving Spain.

Villarreal will be hoping to land the teenage sensation who had a great impact with Real Mallorca last season despite their relegation from the division.

Takefusa Kubo was involved in eight goals in 35 appearances for Mallorca, scoring on four occasions and providing a further four assists in La Liga.

Going out on loan is the ideal option for him at the moment with the first-team at the Santiago Bernabeu filled with many options in the middle as well as the wings.

It is also expected that he gets the right manager to help him with his development.