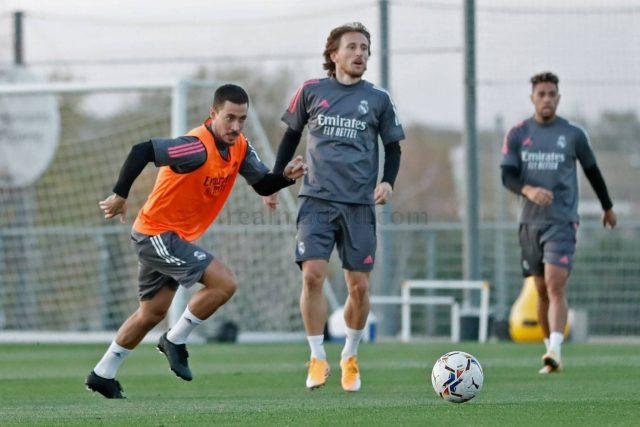 Villarreal have had a bright start to the 2020/21 La Liga campaign so far and it’s no surprise that they find themselves in the second position, just two points behind the league leaders Real Sociedad.

Real Madrid have not been all comfortable so far but they have been ruthless in some games and the game against Villarreal is one that they would have to be at their best if they want to dominate Spain’s top-flight once again.

Los Blancos following their 1-4 defeat at the hands of Valencia have slipped down to the fourth position and have one game in hand. They are also four points behind leaders Real Sociedad.

Here we take a look at some key battles that could decide the fate of the game on Saturday afternoon.

Having returned to Spain last season, Paco Alcacer has found his scoring boots once again in the league. The Spain international has been involved in seven goals in nine league appearances this season and coming up against Raphael Varane, he is likely to be a headache for the Frenchman who has become error-prone in the last few games.

A very important battle this is going to be for both goalkeepers. Asenjo has had a better record in the last five games compared to Thibaut Courtois, whose last clean sheet in the league came against Levante. Both keepers are good with reflexes and it will take the best amongst them to take all three points for his side.

With four goals and one assist to his name so far in seven games, Gerrard Moreno is proving to be key in the Yellow Submarines’ season so far. Ferland Mendy will have a tough task on his hand on Saturday and will need to stay focused to keep the winger at bay.

The Frenchman has a record high tackle rate and Zinedine Zidane will be hoping that comes to his rescue over the weekend.

A fit Eden Hazard is a player that almost all defenders hate to play against. Mario Gaspar will be hoping that is not the case on Saturday. The Belgium international has recovered from the coronavirus infection and is expected to be in the squad for the game against Villarreal.