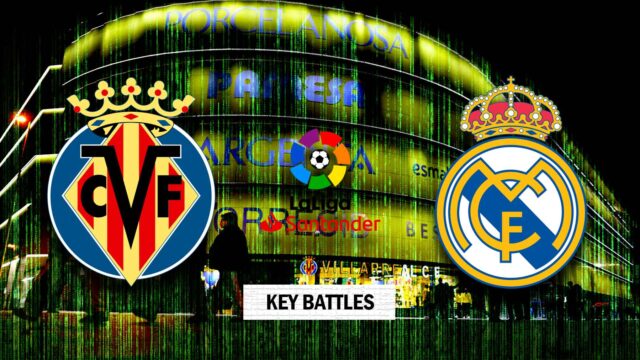 After a well-fought victory over Granada last weekend, Real Madrid have a tough fixture up next before their UEFA Champions League game against Paris Saint-German, as they play Villarreal on Saturday, February 12.

In the absence of Vinicius Junior and Karim Benzema, Carlo Ancelotti preferred a trio of Rodrygo Goes, Isco and Marco Asensio, with the latter scoring the winner.

However, Benzema is once again expected to be absent for the fixture against the Yellow Submarines but Vinicius returns from his suspension.

The Brazilian’s return is a huge boost for the Italian coach and in this article, we take a look at some others who could have an impact on this game as well.

Despite not being involved in any of Villarreal’s goals in the league this season, Juan Foyh has arguably been one of the top defensive units for the sixth-placed side. The right-back has started 16 of the 23 games that the club have played this season, keeping three clean sheets in that run. His defensive display has seen him being given the nod ahead of Serge Aurier. Aurier came off the bench in the last game against Real Betis replacing the Argentina international.

However, he will have a lot of work to deal with coming up against an in-form Vinicius. The Brazilian served a suspension and had to miss the game against Granada but against Villarreal, his availability will be one that could hurt the home team. With 17 goal involvements in the league already this season, Vinicius is a constant threat for defenders.

Two people who actually know their duties in the middle of the park – Dani Parejo and Toni Kroos will look to pull the strings for their respective teams over the weekend.

The pair have had an intriguing contest anytime they have come up against each other in the league this shouldn’t be any different.

Both players are good on set-pieces and can dictate the rhythm of the game when given the license to roam on the pitch. However, Kroos has been superior in the area of passing and that has paid off for Madrid in recent years.

Another battle that will be interesting to watch will be between Samuel Chukwueze and David Alaba.

The Austria international is likely to fill in the left-back role once again with Ferland Mendy unlikely to be risked by Ancelotti before the PSG clash.

Chukwueze is very tricky with the ball at his feet but Alaba has the experience to come out top in such battles as he has done in the past.

With his offensive abilities also, Alaba could have a big game to play against Villarreal.

The game is set to kick off on Saturday at 15:15 GMT at the Estadio de la Ceramica.