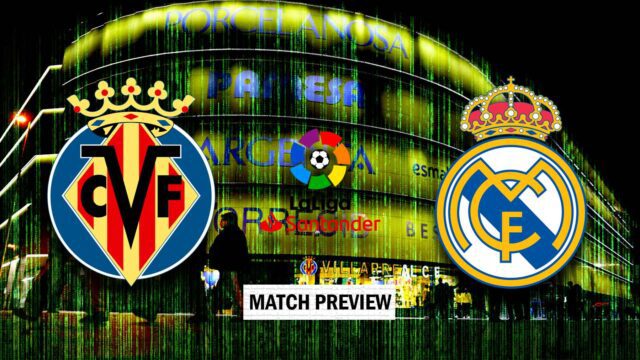 League leaders Real Madrid will travel to face Villarreal in a matchday 24 in the Spanish league with the aim of making back-to-back La Liga wins.

It was a difficult night when Real Madrid CF faced Granada last weekend. The match ended one goal to nil, thanks to a Marco Asensio strike late in the game.

Villarreal enjoyed a 2-0 victory against Real Betis when they were on the road last week.

Los Blancos are on top of the league table with six points advantage over second-placed team Real Betis.

Carlo Ancelotti’s side is in contention to maintain that lead from Real Betis when they face the Yellow Submarines.

The Yellow submarine would be without their strike Gerard Moreno who have been battling with a muscular overload in his calf and his absence would be a big blow to Villarreal CF.

For Real Madrid, Vinicius Junior who was suspended last week due to an accumulation of yellow cards would be able to make the trip to Castellon on Saturday.

Karim Benzema, Ferland Mendy and Mariano Diaz remain doubtful for this game especially with Real Madrid hoping to declare them match fit in next week’s Champions League clash with Paris Saint-German FC. All other players are fit to feature in this clash.

Samuel Chukwueze of Villarreal could be the key man to cause problems to the defence of the Los Blancos. The 22-year old has scored two goals and has produced an assist this season in La Liga. He was very lively in the just-ended Africa Cup of Nations and his presence will be a huge boost to his side to secure at least a draw with Real Madrid since their all-time top scorer Gerard Moreno wouldn’t be available to play.

Vinicius Junior has been one of the best players in La Liga this season and has already contributed to 18 goals in the league, scoring 12 and assisting 6 times. The young sensational Brazilian Forward is expected to continue his fine form and help his side triumph over Villarreal CF.